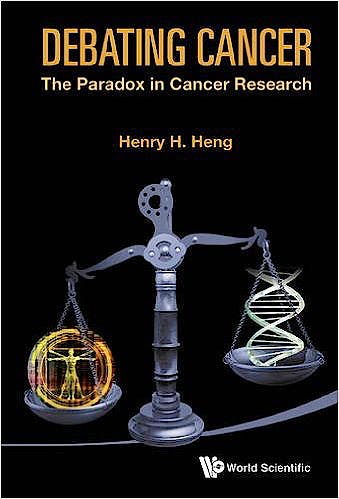 Cancer research is at a crossroads. Traditionally, cancer has been thought of as a disease of gene mutation, where the stepwise accumulation of cancer gene mutations is the key, and the identification of common gene mutations has been considered to be essential for diagnosis and treatment. Despite extensive research efforts and accumulated knowledge on cancer genes and pathways, the clinical benefits of this traditional approach have been limited. Recently, cancer genome sequencing has revealed an extensive amount of genetic heterogeneity where the long-expected common mutation drivers have been difficult, if not impossible, to identify. These realities ultimately challenge the conceptual framework of current cancer biology.

This book introduces a new concept of genome theory of cancer evolution, in an attempt to unify the field. Many important and representative, but often confusing, questions and paradoxes are critically analyzed. By comparing gene- and genome-based theories, the hidden flaws of many popular viewpoints are addressed. This discussion is intended to initiate a much-needed critical re-evaluation of current cancer research.