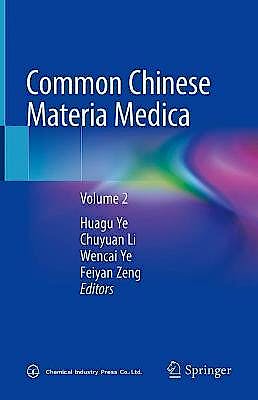 In each specie, it introduces the scientific names, herbal medicine names, characteristics, habitats, distributions, Acquisition and processing methods, medicinal traits, tastes, functions, use and dosages, and other information of medicinal plants. The color pictures of all species in their wild forms are presented, along with some pictures of medicinal products made of them.

This book series has totally 10 volumes, which covers 2000 kinds of Chinese medicines that are commonly seen or used. These volumes not only introduce the efficacy, function and some prescriptions of the medicines, but also introduce the biological characteristics of them in detail with clear photos of the habitats, so that readers can identify them in the field. Apart from the growing environment, the books expound the distribution areas and other information to facilitate researches and other applications. The volumes are targeted at readers of general interests and it is also of high referential value for scientific researcher and teachers. It can be used as a guide to researchers, clinical doctors, and students in the department of pharmaceutics and traditional Chinese medicine.

Editor Wencai Ye is a professor from the College of Pharmacy, Jinan University, Guangzhou, China.