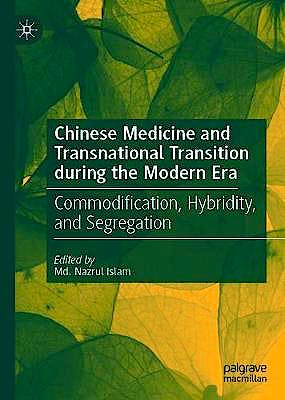 Chinese Medicine and Transnational Transition During the Modern Era. Commodification, Hybridity, and Segregation

This volume analyses the transition of Chinese medicine during the modern era, and the development of product and service niches in selected countries: China, Malaysia, Japan and the Philippines. By investigating the major actors behind the transition, it explores in what way and to what extent these actors affect the transition. It argues that the transnational transition of Chinese medicine is caused not only by spontaneous cultural and social factors, i.e. population growth, technological innovation and acculturation, but also by hegemonic political and economic factors such as Western influence, adoption of the philosophy of modern state, and global commodification of indigenous medical specialties.