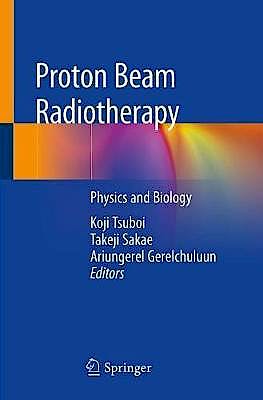 This book offers a comprehensive, practical guide to understanding the physical and biological characteristics of proton beam radiotherapy. The application of proton beams to the treatment of solid cancers has expanded exponentially over the last decade due to their physical properties, which make it possible to administer higher doses of radiation to lesions with only a minimum dose to the surrounding healthy tissues. Accordingly, understanding the basic aspects of proton beam radiotherapy is a primary concern not only for medical physicists and radiation biologists, but also for all physicians involved in cancer treatment using proton beams.

The major aspects discussed include the technique's development background, the generation and delivery system for proton beams, physical characteristics, biological consequences, dosimetry, and future prospects in both medical physics and radiation biology in terms of effective cancer treatment. Gathering contributions from experts who provide clear and detailed information on the basics of proton beams, the book will greatly benefit not only radiological technicians, medical physicists, and physicians, but also scientists in cancer radiotherapy.

Dr. Koji Tsuboi became very interested in proton beam radiotherapy (PBT) soon after the Proton Medical Research Center (PMRC) was established in the University of Tsukuba in 1983, and he participated in clinical research on PBT of brain tumors. As he wanted to deepen his understanding of particle beam radiobiology, he spent two and a half years at the Life Sciences Division of the Los Alamos National Laboratory in US as a visiting scientist. Based on research achievements in the US, he became involved in research on biological effects of carbon and proton beams at Japan's National Institute of Radiation Science and PMRC, and in 2006 he became a professor at PMRC. In the field of basic radio-biology, he has been conducting research on the targeted-effects such as DNA damage and cell death induced by various particle beams, as well as research on the non-targeted effects of activation of systemic anti-tumor immune response by proton beams. As for clinical studies, he has been involved in high dose PBT for glioblastomas and skull base chordomas. He has many publications in both basic and clinical fields.

Dr. Takeji Sakae has continued research in the field of medical physics, which related to equipments for proton beam preparation and quality control. In this field, due to advancements such as scanning irradiation and target tracking, equipment and software have become more complicated year by year. In order for the system to obtain reliability and stability, it is considered important to have a balanced quality control that covers the entire system.

Ariungerel Gerelchuluun is a Senior Director for Clinical Research at EagleForce Associates Inc, from 2018. She had been worked as researcher and an assistant professor at University of Tsukuba, Japan. She received her MD from Health Sciences University of Mongolia, School of Medicine at 2005 and her PhD in medical sciences from University of Tsukuba, Japan at 2015. She has strong interest in radiation especially proton beam induced DNA damages and its repair mechanisms, and radiation induced anticancer immune cell modulation. She has multiple articles in this field.