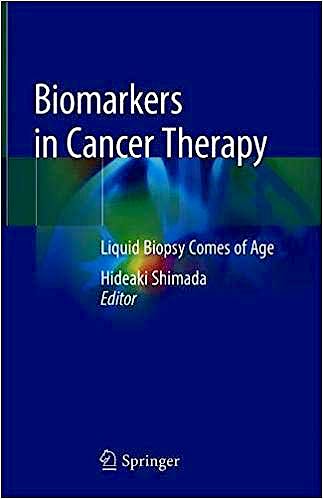 This book sheds new light on research into liquid biopsy biomarkers for cancer screening. The chapters in the first half address exosomes, circulating cell-free DNA and autoantibodies, and main solid cancers, along with companion biomarkers – all of which serve as the basis for exploring key research questions for future clinical trials in the book’s second half.

The study of biomarkers has evolved rapidly thanks to advances in precision medicine. While conventional cancer biomarker research is focused on proteomics or gene analysis of resected tissue, diagnostic markers have since become significant in terms of gauging the effectiveness of molecularly targeted drugs or the likelihood of a favorable prognosis. In addition, conventional treatment strategy, which draws on archives of resected tissue samples, is now gradually being replaced by monitoring with the use of liquid biopsy, which is poised to become the new mainstream in molecular targeting therapy.

The contributing authors discuss in detail biomarkers, molecular targets for treatment, monitoring markers to evaluate treatment responses, prognostic markers, and screening and early diagnosis. Accordingly, this excellent collection of texts will benefit not only oncologists, but also medical and biological researchers and pharmaceutical scientists involved in the latest cancer research.

Dr. Hideaki Shimada is a Professor of Surgery at Toho University Hospital. He received his MD and PhD from Chiba University and had the privilege of studying cancer biochemistry under Professor Masamichi Tatibana from 1987 to 1990. In the course of his career, he has served on numerous committees for national and international societies regarding cancer treatment, surgery and biomarkers. His current area of interest is in cancer biomarkers, specifically in gastroenterological cancer.  The author of the recent Japanese Molecular Tumor Marker Guideline, and of the Japanese Gastric Cancer Treatment Guideline, Dr. Shimada also serves as an editor for various international journals, e.g. Cancer Science, Ann Gastroenterological Surgery, Esophagus, Gastric Cancer, Ann Thoracic Cardiovascular Surgery, Digestive Surgery, and Surgery Today. In 2016 he received the JSGS (Japanese Society of Gastroenterological Surgery) Scientist of the Year Award.