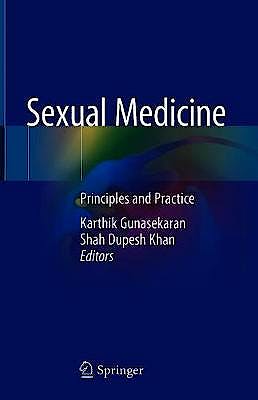 Though sexual medicine is probably among the oldest of medical specialties, in fact not much was spoken about the subject till Kinsey published his first report in 1948. Speaking of sex was not considered a taboo by ancient civilizations, but this has not continued into the modern era. Herein lies the principle problem...patients and even doctors are not willing to openly discuss sexuality and sexual health. Healthcare professionals also fail to discuss these pertinent issues due to a lack of time, resources and general fear of causing offense. More importantly, there seems to be a lack of good training. Societies like the International Society of Sexual Medicine and European Society of Sexual Medicine (ESSM) are actively taking up the cause and furthering research into this particular field. Considering that the prevalence of male and female sexual dysfunction in the general population ranges between 2 and 10%, the need of the hour is to train more doctors to professionally practice sexual medicine.

Good textbooks on sexual medicine for primary healthcare providers are few and far between. The ESSM has come out with a working syllabus but a more concise text is still lacking. This book, Sexual Medicine - Principles and Practice, aims to bridge that gap by presenting scientific principles in the treatment of male and female sexual dysfunction, while also highlighting numerous recent advances. Reviewing basic principles like assessment of male and female sexual function and/or dysfunction, along with sex therapy, it offers an essential reference guide for physicians, surgeons, gynecologists, urologists, and all those wish to practice sexual medicine.

Karthik Gunasekaran, MBBS, MS, FRCS (Glasgow), FIAGES, FIMSA, FECSM, DCE is an andrologist, embryologist and sexual medicine specialist. Dr. Karthik graduated from Madra Medical College and completed his Master's in surgery there. During this time, he was awarded the Prof Venugopal gold medal in urology. He completed his fellowship in pelvic surgery at the Cleveland Clinic Foundation, USA. His andrology and embryology training were from Chettinad University, Chennai. He completed the ESSM course in Hungary and secured the FECSM in 2014, prior to obtaining his FRCS from the Royal College of Physicians and Surgeons Glasgow. He has been serving as Lead Andrologist and Reproductive Microsurgeon at Metromale Clinic and Fertility Center since 2013.

Shah Dupesh, MBBS, DCE, FASM, (Ph.D.), is the Lead Consultant for Andrology and Sexual Medicine at the Metromale Clinic and Fertility Center. He graduated from Chengalpattu Government Medical College and finished his post graduation in embryology, which he passed with honors. He then pursued his fellowship in Andrology and Sexual Medicine at the Department of Reproductive Medicine, Chettinad Health City, completing it with double honors. He also received the Rajah Muthiah award for his academic achievements. He has filed for a patent on human sperm lyophilization and was shortlisted for the 2014 Medical Healthcare Innovation award in recognition of his contributions. Dr. Shah has presented four prize-winning papers at the ISAR (Indian Society of Assisted Reproduction) and Chettinad International Fertility colloquiums. He has eight publications to his credit and is currently investigating stem cells and cryobiology.