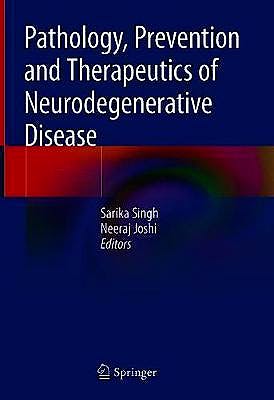 Sarika Singh completed her postgraduate degree in Biochemistry at Lucknow University in 2001, and subsequently received her doctoral degree from the same university for a dissertation on the role of nitric oxide in the pathology of Parkinson's disease. In 2006 she assumed her current position as a Senior Scientist at CSIR-Central Drug Research Institute, Lucknow, Uttar Pradesh, India. She is a life member of the Indian Academy of Neurosciences and a member of the Indian Academy of Sciences. She is a recipient of international Indo-US and CSIR-Raman research fellowships, and has worked towards the identification of diagnostic markers for autism and Parkinson's disease. Having published in several international peer-reviewed journals, she also serves as an editorial board member and reviewer for various international and national journals. Her chief research focus is on investigating the neurodegenerative and neuroprotective mechanisms involved in various brain diseases.

Neeraj Joshi received his Master's (M.Sc.) degree in Biochemistry from Lucknow University, India in 2001, after which he was recruited to Bhabha Atomic Research Center (BARC), Mumbai, India. After completing the One Year Orientation Course in Nuclear Science and Engineering at BARC, he worked at its Radiation Biology & Health Sciences Division as a Scientific Officer from 2002 to 2006. His research at BARC focused on investigating DNA damage repair and radiation hormesis in the context of cancer biology and neurodegeneration. To further understand the mechanisms of genomic integrity, Neeraj chose to pursue his doctorate at Cleveland State University, USA, where he explored the mechanistic aspects of meiotic chromosome segregation. This resulted in (i) unravelling the role of genome architecture in DNA damage repair (DDR), (ii) the discovery of a new, ultrasensitive DNA damage responsive checkpoint system, and (iii) the development of a novel molecular assay:- `Homolog Pairing Capture'.

Collectively his doctoral studies provided a new perspective on cellular DDR mechanisms and the indirect involvement of proteasome in the DDR process. From 2015 to 2017, his postdoctoral work at the University of California-San Francisco (UCSF), USA centered on investigating both the selective and comprehensive repertoire of Cullin-RING-like (CRL) ubiquitin ligases under defined stress conditions.