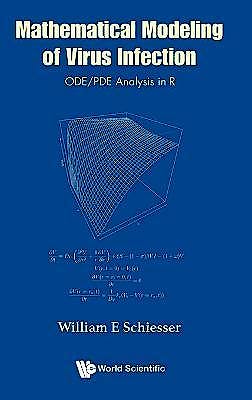 Two models for the spread and control of a virus are detailed in this book: The Lung/Respiratory System Model (LSM) and the SVIR (Susceptible-Vaccinated-Infected-Recovered) Model.The LSM gives the spatiotemporal distribution of four viral-related proteins: virus population density along the lung air passage, host cell primary infection protein (viral genetic material (VGM)) concentration, host cell secondary infection protein (VGM) concentration, and air stream virion population density.The model is executed for a single inhalation, and a series of inhalation/exhalation cycles. For the latter, the progression of the viral infection into the lung is a principal result.The SVIR is first formulated as a system of ordinary differential equations (ODEs) in time, then extended to a system of PDEs to account for spatial effects (spatiotemporal modeling).Principal outputs from the ODE/PDE models are the levels of vaccinations and infections. For the latter, the efficacy of the vaccine is a parameter that can be varied in a computer-based analysis of a vaccine therapy.The coding of the models is in R, a quality, open-source scientific computing system, and can be executed on modest computers. The R routines are available from a download link so that the example models can be executed without having to first study numerical methods and computer coding. The routines can then be applied to variations and extensions of the ODE/PDE models, such as changes in the parameters and the form of the model equations.