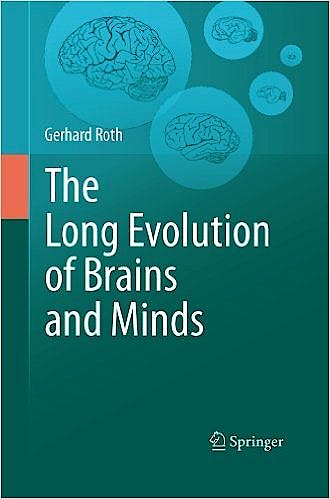 The Long Evolution of Brains and Minds

The main topic of the book is a reconstruction of the evolution of nervous systems and brains as well as of mental-cognitive abilities, in short “intelligence” from simplest organisms to humans. It investigates to which extent the two are correlated. One central topic is the alleged uniqueness of the human brain and human intelligence and mind. It is discussed which neural features make certain animals and humans intelligent and creative: Is it absolute or relative brain size or the size of “intelligence centers” inside the brains, the number of nerve cells inside the brain in total or in such “intelligence centers” decisive for the degree of intelligence, of mind and eventually consciousness? And which are the driving forces behind these processes? Finally, it is asked what all this means for the classical problem of mind-brain relationship and for a naturalistic theory of mind.