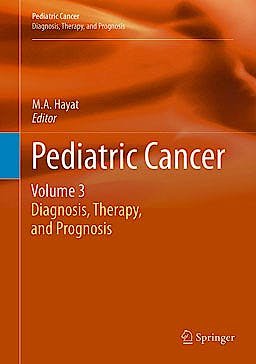 Brain tumors are the most common solid tumor of childhood as well as the leading cause of cancer-related mortality in children. This third volume of the Springer series discussing pediatric cancer focuses on diagnosing, treating, and assessing the future course of malignant brain neoplasms in children. In addition to a general introduction to the principals involved, the material includes vital research in molecular genetics, a major contribution to the molecular characterization of solid tumors, which will define new biomarkers of the disease and identify molecular pathways. Now it has become possible to achieve the goal of targeting new, more effective therapies to minimize the tragedy faced by children. This research features the application of molecular genetics in combating atypical teratoid/rhabdoid tumor (AT/RT), a highly aggressive embryonal CNS tumor that is among the most common malignant neoplasms in children, with a peak occurrence in infants younger than three years old.

Contributors also examine the reasons for the common misdiagnosis of AT/RT tumors as other types of CNS tumors. They help resolve this issue by indicating the details of an abnormality in the genetics of AT/RT, which is unique to AT/RT type. The INII gene on chromosome 22q11 is involved in the AT/RT. The presence of this gene and the SMARCB1 is discussed. In addition to discussing these important topics, the volume includes presentations of present and future therapies. The volume also explains AT/RT’s dissemination to the cerebral fluid, the molecular mechanisms underlying the progression of medulloblastoma, and the importance of gamma knife radiosurgery during multimodality management of medulloblastoma/PNET tumors. Other topics discussed include using magnetic resonance imaging for diagnosing retinoblastoma, and mapping the effects of radiotherapy in low-grade glioma in children. Information on alterations in cell-cycle regulators that are influenced by tumor suppressor genes and oncogenes is detailed. Contributors provide recommendations concerning non-narcotic analgesic routines for children recovering from cranial and spinal surgery. The practical knowledge of frontier-expanding research presented leads this authoritative volume to be a compelling addition to the literature.