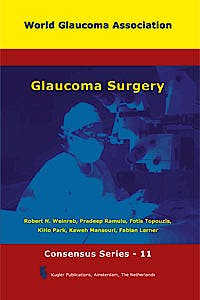 Glaucoma surgery was the topic of the eleventh World Glaucoma Association Consensus meeting. Glaucoma surgery in primary open-angle glaucoma was also the topic of the second Consensus meeting held in 2005. For the current version, angle closure and angle-closure glaucoma, as well as the secondary glaucomas, were also included. But the expansion of the subject matter is not the only reason for the timing of this new Consensus. Perhaps even more important is the explosion of new surgical ideas and techniques, which are revolutionizing the surgical approach to the glaucoma patient. The idea of targeting anatomic outflow and inflow pathways and individualizing care has opened so many new possibilities for improving surgical outcomes. Furthermore, outcomes are no longer only focused on lowering intraocular pressure, but also on enhancing health- and vision-related quality of life.

As with prior meetings, it was a daunting task to seek and obtain consensus on a broad subject matter for which there are so many different opinions. As it is unclear how each of us decides how we practice and the evidence to guide us often is sparse, this consensus — as well as the others — is based not only on the published literature, but also on expert opinion. Although consensus does not replace and is not a surrogate for scientific investigation, it does provide considerable value, especially when the desired evidence is lacking.

The goal of this consensus is to provide a foundation for glaucoma surgery and how it can be best done in clinical practice. Identification of those areas for which we have little evidence, and therefore the need for additional research, always is a high priority. We hope that this consensus report will serve as a benchmark of our understanding of what is known and what we would like to know. However, this Consensus Report is expected to be just a beginning that will be revised and improved with the emergence of new evidence, and new and improved surgical procedures.

The topic for the eleventh World Glaucoma Association Consensus was glaucoma surgery. Global experts were invited and assembled by our international co-chairs, beginning in September 2018, to participate in an online discussion of glaucoma surgery. Consensus was reached for each of the five sections on key issues relating to indications, performance, monitoring, and reporting of glaucoma surgeries. The results of these thoughtful discussions then were summarized with preliminary consensus statements for each of the sections. The draft of the Consensus Report, including the preliminary consensus statements, was distributed to the societies and partners for comments prior to the Consensus Meeting, which took place in Melbourne on Tuesday March 26, 2019. At this time, relevant stakeholders engaged in a stimulating, educational, and thought-provoking session that reviewed and revised the consensus statements. Once again, the collective wisdom of the crowd superseded time and time again the opinion of any single expert. The Consensus Report then was finalized by the Consensus co-chairs, participants, and editor.