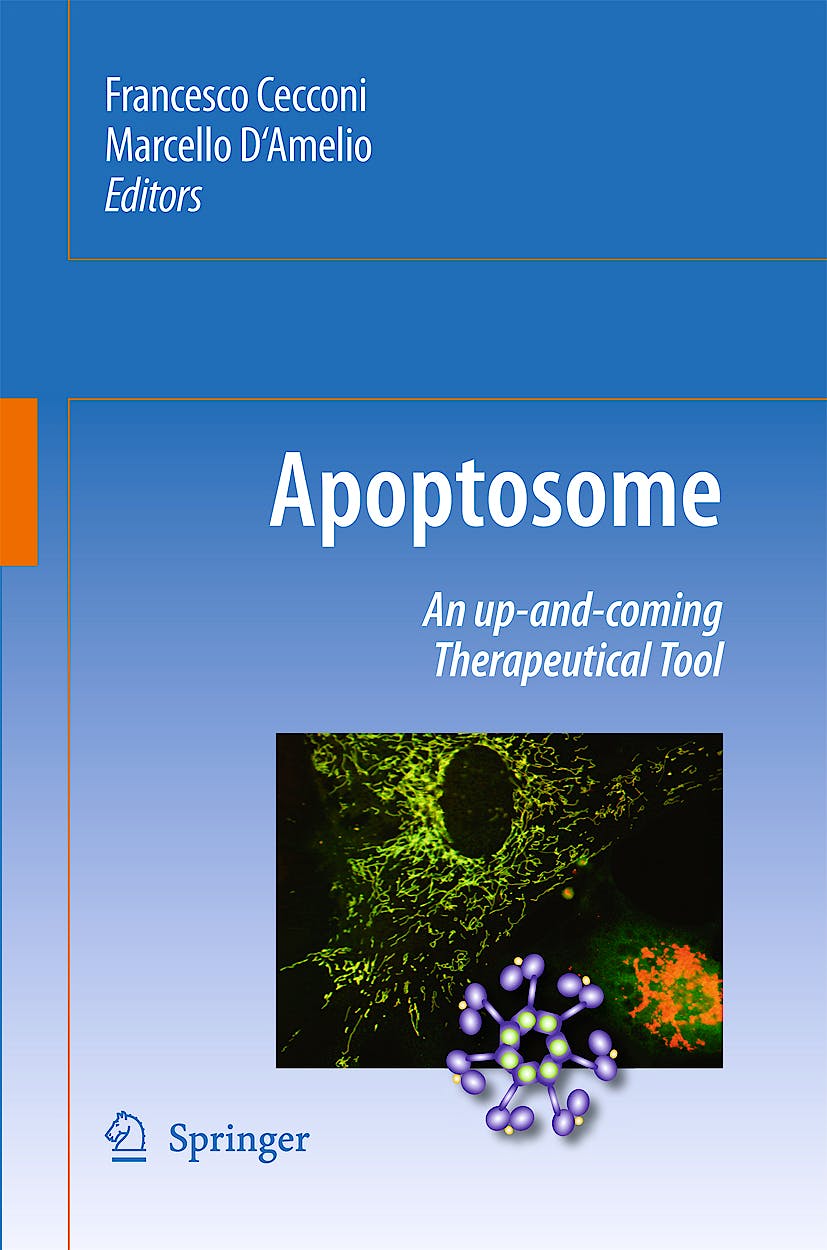 "Apoptosome" is the first book that presents a concise synthesis of recent developments in the understanding of how the activation of the cell death cascade is handled by a cytosolic signalling platform known as the apoptosome.

The book also discusses how insights into the regulation of apoptosome may be exploited for designing new drugs aimed at interfere with a plethora of pathogenetic processes involved in human diseases.

The authors emphasize novel translational approaches that are rapidly moving from the laboratory bench top to the patient's bedside for the future treatment of diseases associated with apoptosis.

This book will be a valuable resource for researchers investigating the role of apoptosome-dependent cell death in cancer and other diseases, for researchers investigating the molecular mechanism of chemotherapeutic agents and drug-resistance and for physicians using chemotherapeutic agents. Additionally, this book will be an important educational source for PhD students and MD students specializing in molecular and cell biology, and to anybody interested in science, medicine, as well as in recent developments of the ideas and concepts of the molecular biology of programmed cell death.