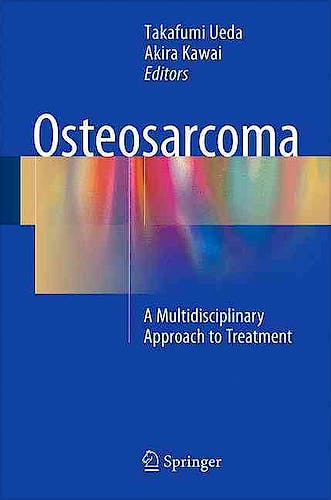 Osteosarcoma. a Multidisciplinary Approach to Treatment

This book reviews the brilliant progress made in the past three decades in clinical outcomes for osteosarcoma patients treated with a multidisciplinary approach, including limb-salvage surgery combined with neoadjuvant multidrug chemotherapy and aggressive management of pulmonary metastasis. Osteosarcoma was a miserable disease for adolescents and young adults until the early 1970s, with a survival rate that was less than 10–15% even after amputation for affected limbs because of the progression of pulmonary metastasis. With the development of neoadjuvant chemotherapy for osteosarcoma, including high-dose methotrexate, doxorubicin, cisplatin, and ifosfamide during the late 1970s and the 1980s, however, the prognosis has dramatically improved. Limb-salvage surgery for patients with extremity osteosarcoma is now a gold-standard surgical procedure for more than 90% of patients with localized disease. Additionally, aggressive pulmonary metastasectomy for patients with lung metastasis from osteosarcoma has contributed to improvement of their survival. More recently, carbon-ion radiotherapy has also been introduced for patients with unresectable osteosarcoma of the trunk, as in the spine and pelvis. In this volume the author provides valuable descriptions of an important new treatment modality for a multidisciplinary approach for osteosarcoma patients.