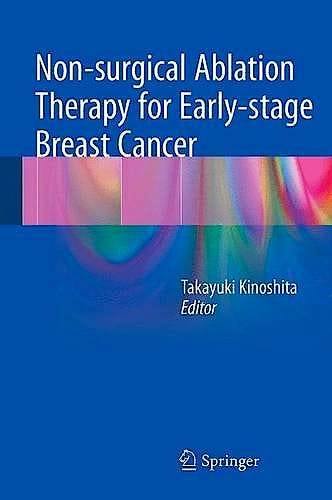 There has been a change in the management of patients with localized cancer from total mastectomy to lumpectomy complemented by adjuvant radiotherapy and chemo-endocrine therapy, without significant outcome. Early detection of small breast carcinoma lesions may further change the attitude toward less invasive and even noninvasive management. A major goal of breast-conserving treatment is the preservation of a cosmetically acceptable breast. Although a variety of patient and treatment factors have been reported to influence the cosmetic result, the amount of resected breast tissue appears to be the major factor. Several investigators are currently studying the feasibility of percutaneous minimally invasive techniques to ablate breast tumors. And several modalities such as cryosurgery, laser ablation, thermoablation, and high-intensity focused ultrasound have been investigated. Radiofrequency ablation (RFA) has been demonstrated to be effective for treating tumors in many types of tissue, including liver, bone, brain, kidney, pancreas and prostate tissue.By minimizing damage and disruption to normal surrounding tissue, the morbidity of local treatment such as scarring and deformity can be reduced, and cosmetic results can be potentially improved. With the widespread application of screening mammography, the mean size of the breast tumors which can be detected has continued to decrease, which further emphasize the need for less invasive methods that can deliver local tumor destruction such as RF ablation. This new frontier of “ surgery without scalpels” will require surgeons to improve their radiological expertise and basic understanding of molecular biology.Our phase I / II study was conducted to determine the safety and efficacy of radiofrequency ablation of early breast carcinomas using saline-cooled electrodes. RFA could represent an alternative local treatment to replace breast-conserving surgery for early breast cancer.