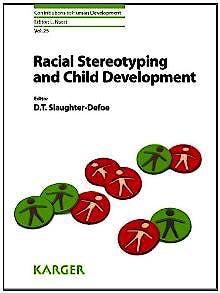 In contemporary societies children’s racial identity is co-constructed in response to racial stereotyping with extended family, peers and teachers, and potent media sources. The studies in this volume take cognizance of earlier research into skin color and racial stereotyping, but advance its contemporary implications. Developmental trajectories of racial attitudes of Black and White children, examining recent empirical research from the perspective of theorizing associated with experimental studies of stereotyped-threat are discussed. Reviewed are also the theoretical and empirical role of media images in influencing the race-related images as well as the PVEST theoretical model in considering the significance of parental racial messages and stories. The last paper argues that youth can be victimized by racial/cultural stereotyping despite being majority-Black cultural members. Interdisciplinary commentaries by scholar-researchers are given for each chapter.

Researchers, academicians, and practitioners will find in this publication a succinct update, inclusive of references and bibliographies, regarding the latest information in the development and socialization of racial attitudes and racial stereotyping.