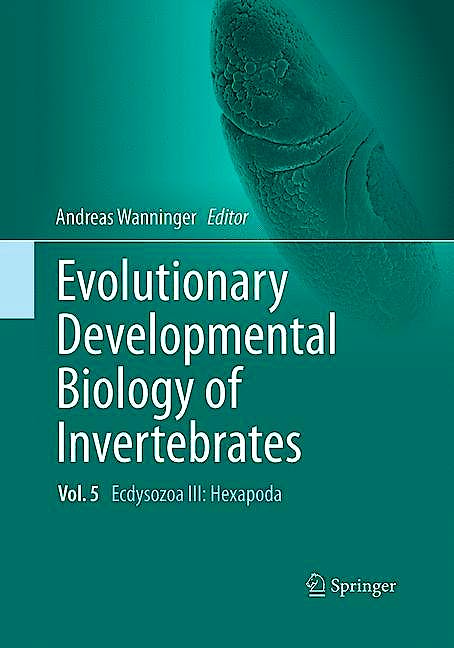 This multi-author, six-volume work summarizes our current knowledge on the developmental biology of all major invertebrate animal phyla. The main aspects of cleavage, embryogenesis, organogenesis and gene expression are discussed in an evolutionary framework. Each chapter presents an in-depth yet concise overview of both classical and recent literature, supplemented by numerous color illustrations and micrographs of a given animal group. The largely taxon-based chapters are supplemented by essays on topical aspects relevant to modern-day EvoDevo research such as regeneration, embryos in the fossil record, homology in the age of genomics and the role of EvoDevo in the context of reconstructing evolutionary and phylogenetic scenarios. A list of open questions at the end of each chapter may serve as a source of inspiration for the next generation of EvoDevo scientists. Evolutionary Developmental Biology of Invertebrates is a must-have for any scientist, teacher or student interested in developmental and evolutionary biology as well as in general invertebrate zoology.

This third volume on ecdysozoans is dedicated to the Hexapoda. Despite being the most species-rich animal clade by far, comparatively little developmental data is available for the majority of hexapods, in stark contrast to one of the best-investigated species on Earth, the fruit fly Drosophila melanogaster. Accordingly, an entire chapter is dedicated to this well-known and important model species, while the two remaining chapters summarize our current knowledge on early and late development in other hexapods.