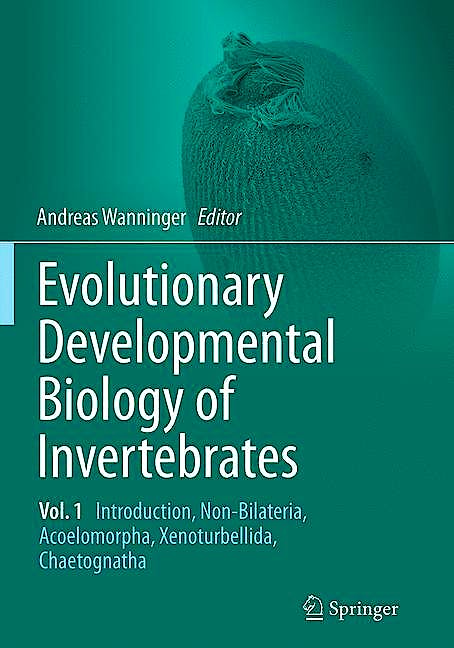 This multi-author, six-volume work summarizes our current knowledge on the developmental biology of all major invertebrate animal phyla. The main aspects of cleavage, embryogenesis, organogenesis and gene expression are discussed in an evolutionary framework. Each chapter presents an in-depth yet concise overview of both classical and recent literature, supplemented by numerous color illustrations and micrographs of a given animal group. The largely taxon-based chapters are supplemented by essays on topical aspects relevant to modern-day EvoDevo research such as regeneration, embryos in the fossil record, homology in the age of genomics and the role of EvoDevo in the context of reconstructing evolutionary and phylogenetic scenarios. A list of open questions at the end of each chapter may serve as a source of inspiration for the next generation of EvoDevo scientists. Evolutionary Developmental Biology of Invertebrates is a must-have for any scientist, teacher or student interested in developmental and evolutionary biology as well as in general invertebrate zoology.

This volume starts off with three chapters that set the stage for the entire work by covering general aspects of EvoDevo research, including its relevance for animal phylogeny, homology issues in the age of developmental genomics, and embryological data in the fossil record. These are followed by taxon-based chapters on the animals that are commonly considered to have branched off the Animal Tree of Life before the evolution of the Bilateria: the Porifera, Placozoa, Cnidaria (with the Myxozoa being treated separately) and Ctenophora. In addition, the Acoelomorpha, Xenoturbellida and Chaetognatha are examined, including their currently hotly debated phylogenetic affinities.