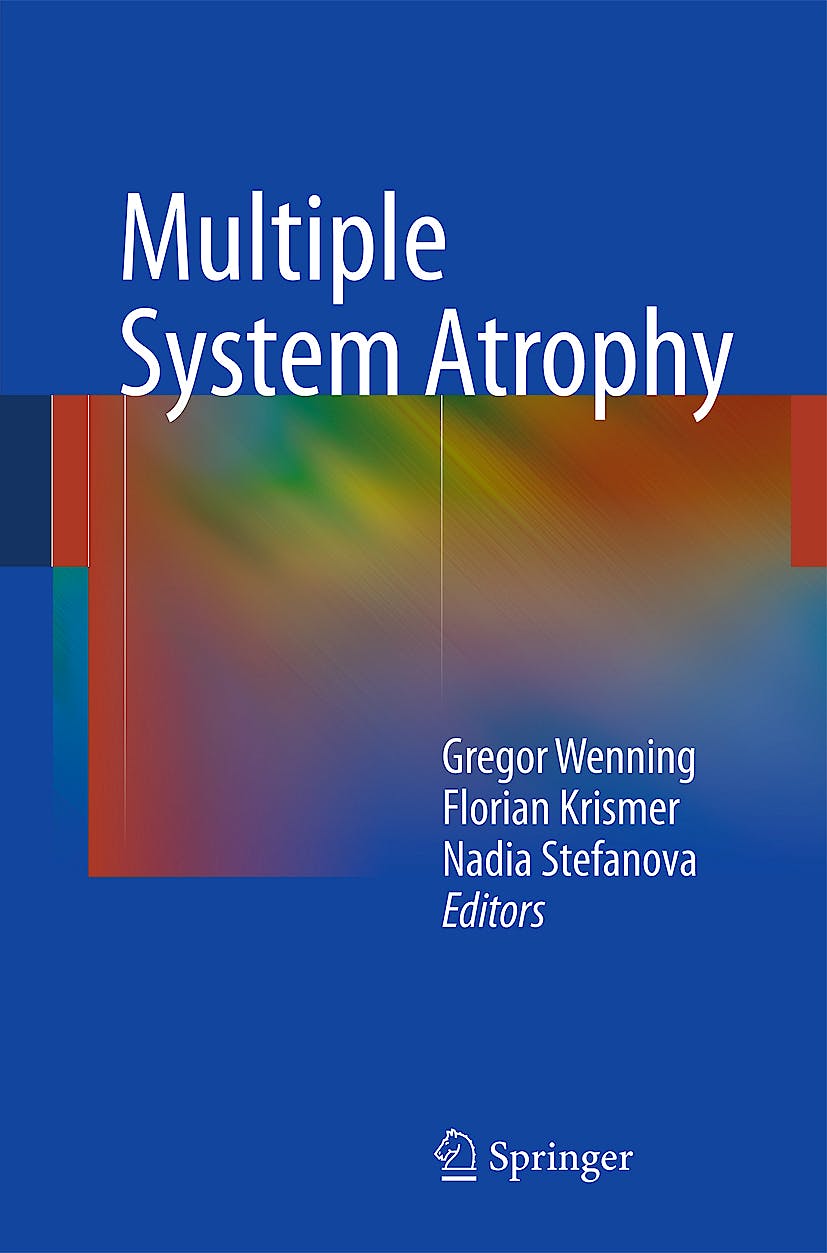 This textbook provides a comprehensive monography on multiple system atrophy (MSA), a rare and fatal neurodegenerative disorder that presents with autonomic failure and either parkinsonism (MSA-P) or cerebellar ataxia (MSA-C).The underlying neuropathology of MSA is characterized by striatonigral degeneration (SND), olivpontocerebellar atrophy (OPCA) and unique oligodendroglial cytoplasmic alpha-synuclein inclusions. MSA is therefore classified among the alpha-synucleinopathies such as Parkinson`s disease, pure autonomic failure and dementia with Lewy bodies. Over the last decade there have been important advances in early diagnosis, pathogenesis research and clinical trial activity. The monography will cover the entire spectrum ranging from molecular and genetic work to symptomatic and interventional therapies. The book is written for movement disorder clinicians and basic neuroscientists interested in degenerative movement disorders.

Professor Gregor K. Wenning graduated from Münster University in 1991. He trained in Neurology at the University Hospitals of Tübingen, London and Innsbruck. He started his scientific career at the Institute of Neurology in London where he performed a series of clinicopathological and experimental studies on multiple system atrophy (MSA). He received a PhD from the University of London in 1996. Since 1999 he has served as Consultant Neurologist and Assistant Professor at the Parkinson Centre of the Department of Neurology at the Medical University Innsbruck. In 2006 he became a full Professor at the Medical University of Innsbruck and head of the newly created Division of Clinical Neurobiology devoted exclusivley to MSA research. Together with Professor Werner Poewe he initiated the European MSA Study Group in 1999. EMSA-SG generated the first validated assessment tool for MSA (Unified MSA Rating Scale – UMSARS), it also conducted a large natural history study in 12 European countries and Israel, and currently performs genomic studies as well as phase II intervention trials. Professor Wenning has published more than 200 original papers, reviews and invited book chapters on MSA and related parkinsonian disorders. He was a member of the German Scholarship Foundation, fellow of the UK Parkinson`s Disease Society, first recipient of the Birkmayer prize in 1998 and also first recipient of the Oppenheimer prize in 2004 for recognition of his work on MSA.

Professor Nadia Stefanova received her MD from the Medical University of Sofia, Bulgaria, in 1994. After obtaining her MD, she went on to obtain her PhD in Neuromorphology in 1999 at the Department of Anatomy, Histology and Embryology at the Medical University of Sofia, where she served as Assistant Professor. Since 1999 she has been a postdoctoral fellow at the Department of Neurology of the Innsbruck Medical University, where she became Assistant Professor at the newly created Division of Clinical Neurobiology in 2006 and Associate Professor in Neuroscience in 2008. She leads the Research Laboratory Group of the Division of Clinical Neurobiology with focus on experimental models of MSA and their application to study disease pathogenesis, identify novel therapeutic targets and establish new approaches to treat MSA including neuroprotection and neurotransplantation.