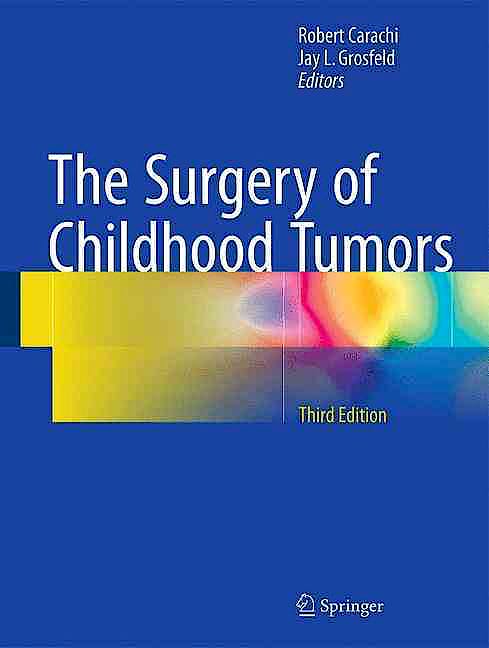 The Surgery of Childhood Tumors

Beginning with the scientific basis of tumors, this book provides up-to-date information on epidemiology, cytogenetics, and molecular biology, before examining current treatments for the full range of pediatric tumors. Integration of surgery, neoadjuvant and adjuvant chemotherapy, and radiation therapy is a dominant theme. In addition, chapters on supportive care, palliative care, and the role of parents’ associations reflect the book's holistic approach.

All chapters are written by world-renowned international authorities on pediatric cancer from major children's cancer groups. Excellent full-color pictures and line drawings illustrate all aspects of managing childhood tumors, including details of operative techniques neglected in many other texts. This comprehensive book, expanded and updated to encompass the very latest developments and strategies, provides a contemporary approach for pediatric, general, and urological surgeons dealing with childhood tumors.

Robert Carachi, MD, PhD, FRCS (Glas), FRCS (Eng), FEBPS, is Professor of Surgical Paediatrics at the University of Glasgow and Head of the Department/Section of Surgical Paediatrics at the Royal Hospital for Sick Children, Glasgow, where he has been an Honorary Consultant and a Paediatric and Neonatal Surgeon since 1987. Dr. Carachi holds various other positions, including Clinical Lead forPaediatric Telemedicine and Chairman of the Steering Committee for Scotland, Scottish Centre for Telehealth. He is Editor-in-Chief of the Scottish Medical Journal and an Editorial Consultant to the Journal of Pediatric Surgery, and has been on the editorial board of the European Journal of Paediatric Surgery since 1996. Dr. Carachi is a past President of the Paediatric Surgical Section of the Union of European Medical Specialists (UEMS) and is Chairman of the Exam Board for the European Board of Paediatric Surgery. Since 2007 he has been Director of the Scottish Spina Bifida Association. He is a visiting professor or lecturer in a wide range of overseas countries. He has authored approximately 150 journal articles and a number of book chapters, and is also an editor or author of 11 previous books.