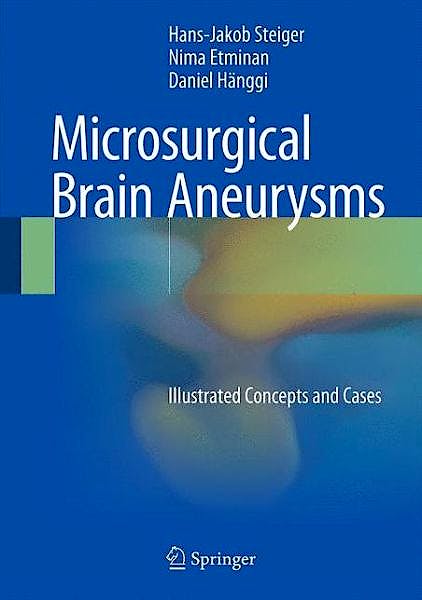 This compact book provides step-by-step guidance in the approaches and techniques developed and currently used at the authors' center in Dsseldorf for the treatment of a variety of aneurysms. All of the described procedures are minimally invasive and of proven efficacy. In order to assist the reader in fully comprehending all aspects of the techniques, they are illustrated through clear graphics instead of complex photos and radiologic imaging. While the rapid development of endovascular treatment means that it is no longer necessary to employ microsurgery for difficult and hidden aneurysms, proficiency in microsurgery remains essential. For example, full mastery of microsurgical techniques is vital in order to treat middle cerebral and peripheral aneurysms efficiently and with minimal trauma. Minimal invasiveness and optimal cosmetic results have become critically important in enabling the microsurgical method to compete with the endovascular method. In documenting "tried and tested" procedures, this book will be invaluable for both established neurosurgeons and residents in neurosurgery.

Hans Jakob Steiger graduated from Medical School at the Universities of Zurich and Geneva and subsequently completed his doctoral thesis in Zurich. He then trained in neurosurgery, completing a clinical fellowship at the University of London, Ontario. In 1985 he was appointed Oberarzt (senior physician) at University Hospital, Berne and he completed his Habilitation on the pathophysiology of cerebral aneurysms in 1992. In the same year he became Vice Director of the Neurosurgical University Clinic, Berne and in 1994 was appointed C3 professor at the Ludwig-Maximilians University, Munich, a position associated with the directorship of neurovascular surgery. In 2002 Dr. Steiger was appointed C4 Professor for Neurosurgery of the Heinrich-Heine University, Düsseldorf, and Director and Chairman of the Neurosurgical Department. Since 1994 he has been co-editor of Acta Neurochirurgica/Supplementa and since 2002, assistant chief editor of Acta Neurochirurgica (European Journal of Neurosurgery). Dr. Steiger has published 192 original articles in indexed journals and is the author of various books on neurovascular topics, resident training, and management.