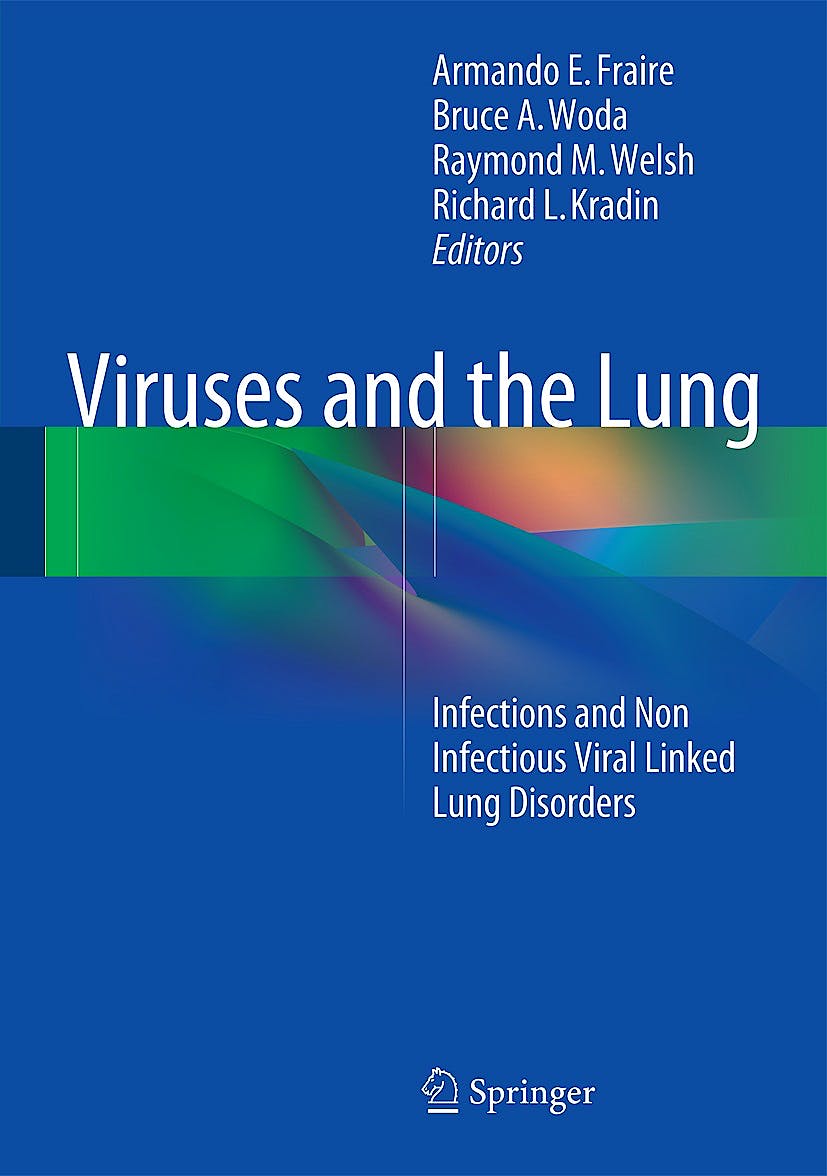 Viruses and the Lung. Infections and Non-Infectious Viral-Linked Lung Disorders

Worldwide, infectious disease remains a major cause of morbidity and mortality. In developing countries, infection accounts for a substantial proportion of all recorded deaths. Likewise, in developed countries, pneumonia alone results in a large number of deaths. Along with bacteria, parasites and rickettsial organisms, viruses are responsible for many of the infections afflicting the human host. In the past decade alone, viruses that primarily target the lung have caused major respiratory illnesses including outbreaks of severe adult respiratory distress syndrome (SARS) and H1N1 influenza.

This book is distinctive in that the entire spectrum of viral disease of the lung is conveniently compiled within a single volume. The epidemiologic, ultrastructural, immunologic, clinical and histopathologic features of well-known viral pathogens and newer emergent infectious agents are discussed. The book is organized in a classic fashion, starting with introductory material and sections on lung defenses and the taxonomic classification of pneumotropic viruses. The various acute viral pneumonias are then considered in a standard format in the main body of the book. Subsequent sections are devoted to the human immunodeficiency virus, viral lung disease in children and other viral-linked tumoral and nontumoral lung conditions. A chapter is also included on animal lung diseases caused by viruses. The text is supplemented by numerous color images.