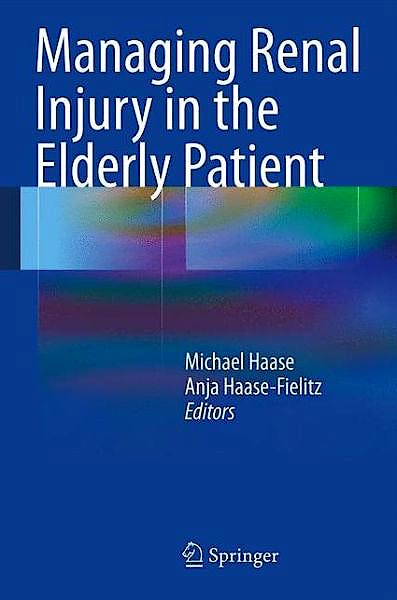 As the number of people aged 65 years and above rises, physicians are increasingly confronted by elderly patients with impaired renal function, altered drug metabolism and multiple comorbidities. This book examines in detail the nature of renal injury in the elderly and its optimal management. A wide range of key topics are covered, including end-stage renal disease, diabetic nephropathy, acute kidney injury, drug metabolism and renal toxicity, dialysis and its complications and the use of renal transplantation. In addition, the assessment of glomerular filtration rate in the elderly and the role of novel renal biomarkers are carefully examined. Quality of life issues, the significance of other age-related medical problems and end of life care are also discussed. This book will be of value not only to nephrologists but also to general practitioners, medical students, intensivists, cardiologists, pharmacologists and those working in related specialties.

The aging population/ Elderly with end-stage renal disease.- Assessing GFR in the Elderly (equations, markers).- Role of (novel) renal biomarkers in the Elderly.- Diabetic nephropathy in the Elderly.- Drug metabolism, dosing and renal toxicity in Elderly Patients.- Acute Kidney Injury in the Elderly.- Dialysis in the Elderly (choice of appropriate mode, withhold dialysis and the role of nondialytic therapy).- Typical complications before, during and after dialysis initiation.- Renal transplantation in older patients- is it still worth?.- Quality of life and functional status.- Further medical problems in the elderly patients (delirium, dementia, and depression).- End of life and decision-making in Elderly Patients with End-stage renal disease.