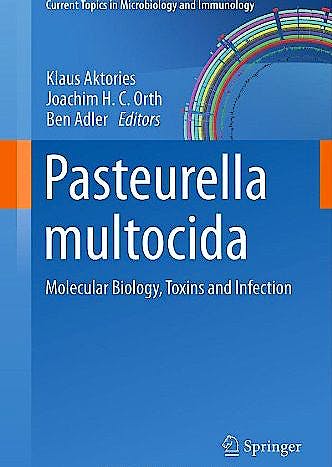 It is more than 125 years since Louis Pasteur identified as the causative agent of “choléra des poules” the bacterium that now bears his name. Since that time, Pasteurella multocida has been recognized as the causative agent of a wide range of infections in a wide range of animal species as well as in humans. Indeed, the species name multocida could be literally translated as “multi-killer”. The term pasteurellosis is now widely applied to describe infections of mammals and birds caused by P. multocida. It is therefore surprising that a detailed knowledge of the cellular and molecular basis for pathogenesis in pasteurellosis lags behind what has been elucidated for many other bacterial species. In particular, the molecular basis for host predilection remains completely unknown.

This volume brings together contributions from experts in the field of Pasteurella research. It covers areas such as comparative genomics, pathogenic mechanisms, bacterial proteomics, as well as a detailed description and analysis of Pasteurella multocida toxin and its interaction with host tissues, cells, immune system, and signalling pathways.