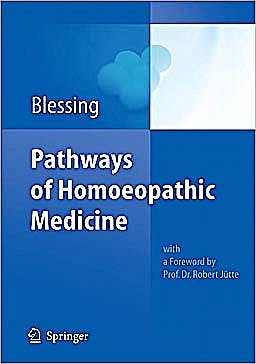 Bettina Blessing’s study follows the progress of homoeopathic therapies up to World War II. It focuses mainly on the development of double and complex remedies which were highly controversial even at the times of Hahnemann, who also experimented with double remedies. Various orientations of homoeopathy, spagyric, naturopathy and conventional medicine advocated homoeopathic remedies and supported medical concepts that were based on ‘holistic’ views. One of the proponents of alternative healing methods was the renowned Berlin surgeon August Bier (1861-1949). For him, homoeopathy was one of several possible medical approaches and, in accordance with Heraclitus, he argued that a ‘harmonious view’ of medicine was not possible as long as one of them was excluded.