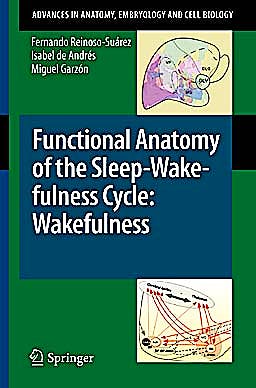 Wakefulness is a necessary, active and periodic brain state, with a circadian and homeostatic regulation and precisely meshed with other states into the sleep-wakefulness cycle. This monograph first overviews the historical background and current understanding of the neuronal systems generating and/or maintaining the various phases of the sleep-wakefulness cycle. A key cellular correlate of wakefulness is a sustained mode of high activity and plasticity in the closely intertwined circuits of the cortex and thalamus, the “thalamo-cerebral cortex unity”. The second part of the monograph provides an in-depth review of recent advances on the anatomy, physiology and neurochemistry of the neuronal groups known to drive the “thalamo-cerebral cortex unity” into their wakefulness mode, and to keep them in such mode. Interestingly, these neuronal groups are located in the brainstem, hypothalamus or basal forebrain; collectively, they are known as the “ascending reticular activating system”. Neurotransmitter-specific pathways arising from these neuronal groups target the thalamus and cortex. The various neurotransmitters interact on postsynaptic cortical or thalamic cells to fine-tune their excitability and plasticity, exerting powerful influences on the perceptual and cognitive processes as well as attentional, emotional, motivational, behavioral and arousal states. In turn, corticofugal axons reach the neuronal groups of the “ascending reticular activating system”, and thus the awake “thalamo-cerebral cortex unity” is in position to modulate their activity

The sleep-wakefulness cycle.- Revision of the publications describing the anatomical connections and effects of lesions and electrical stimulation of brain structures on the sleep-wakefulness cycle.- The peripheral nerves and spinal cord.- Medullary and caudal pontine tegmentum.- Oral pontine tegmentum and superior cerebellar peduncle.- Midbrain tegmentum, hypothalmus and basal forebrain.- Thalamus.- Cerebral cortex.- Final commentary.- Functional anatomy of wakefulness.- The brainstem-hypothalamic wakefulness structures and their neurotransmitters.- Other brain structures with their neurotransmitters that participate in wakefulness.- Final commentary.- References.- Subject index