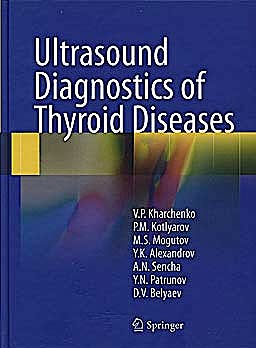 This book is based on the authors’ extensive practical experience in the use of modern ultrasound, and other radiological methods, in the diagnosis of thyroid diseases. The authors have analyzed more than 100,000 ultrasound examinations performed between 1995 and 2008 in patients with thyroid and parathyroid disease, as well as many thousands of diagnostic and therapeutic ultrasound-guided minimally invasive procedures.

The opening chapters include discussion of current ultrasound techniques, pitfalls, and the specifics of ultrasound examination of the thyroid in children. Detailed attention is then devoted to findings in the normal thyroid and in the presence of diffuse and focal changes. Further chapters focus on such topics as ultrasound examination after thyroid surgery and ultrasound diagnosis of parathyroid disease, recurrent goiter, and neck masses. Ultrasound-guided minimally invasive techniques, such as fine-needle aspiration biopsy, percutaneous laser ablation, and ethanol and glucocorticoid injections, are considered in depth. This up-to-date and richly illustrated book will interest and assist specialists in ultrasound diagnostics, radiologists, endocrinologists, and neck surgeons.