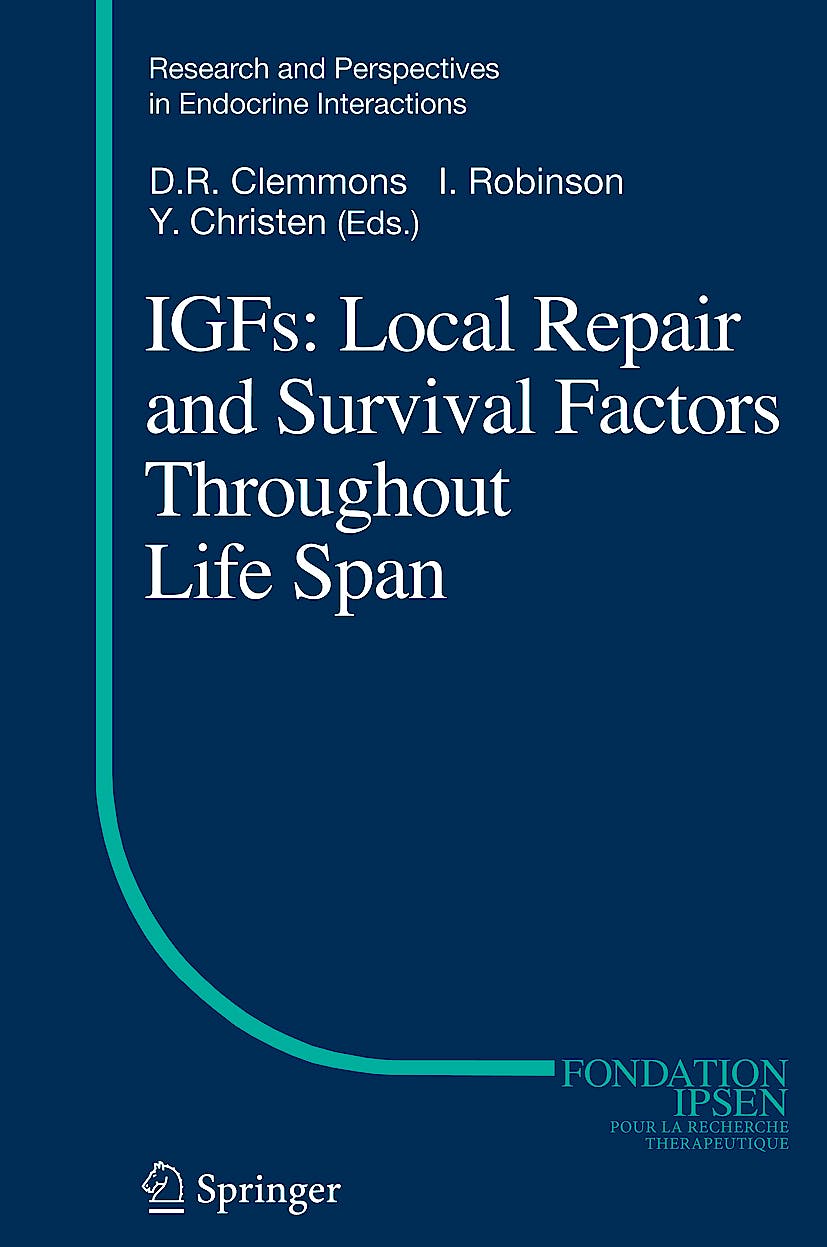 Insulin-like growth factors (IGFs), their binding proteins and their receptors play important roles in regulating growth, metabolism, proliferation and survival for many cells and tissues throughout lifespan in humans and other species. Circulating IGF1 is known to be an endocrine regulator, with metabolic effects related to, and partly convergent with, insulin signalling. IGF1 also mediates many of the growth promoting effects of GH, and there is an ongoing debate as to the relative contributions of endocrine-, vs locally-derived IGF1 for systemic growth. More recently however, it has become clear that IGFs may be key local growth and cellular survival factors for many different tissues, active from early in embryonic development, essential for normal maturation and growth during foetal life. IGFs continue to play important roles throughout adult life in many diverse processes such as tissue repair, cellular proliferation, tissue remodelling and metabolic regulation. IGF systems are tightly regulated; orderly control of cellular repair and metabolism is central to healthy ageing, whilst uncontrolled proliferation can lead to cancer.

Written for: Researchers and scientists in the field of endocrinology

Foreword.- GH and IGF1: Aspects of Global and Local Release and Actions.- Hyperglycemia Regulates the Sensitivity of Vascular Cells to IGF-I Stimulation.- IGFBP2 Supports ex Vivo Expansion of Hematopoietic Stem Cells.- The Role of Insulin-like Growth Factor-I in Central Nervous System Development.- Stimulation of Proliferative Pathways by IGF-binding Proteins.- Gene Activities that Mediate Increased Lifespan.- IGF1 Regulation of Skeletal Muscle Hypertrophy and Atrophy.- Growth Hormone, Insulin-like Growth Factor-I and Insulin: their Relationship to Aging and Cancer.- The Functions of Insulin-like Peptides in Insects.- IGF Receptors in the Adult Brain.- The Role of the IGF-1 and its Partners in Central and Peripheral Metabolism: Considerations for Extending Healthy Life Span.- Subject Index.