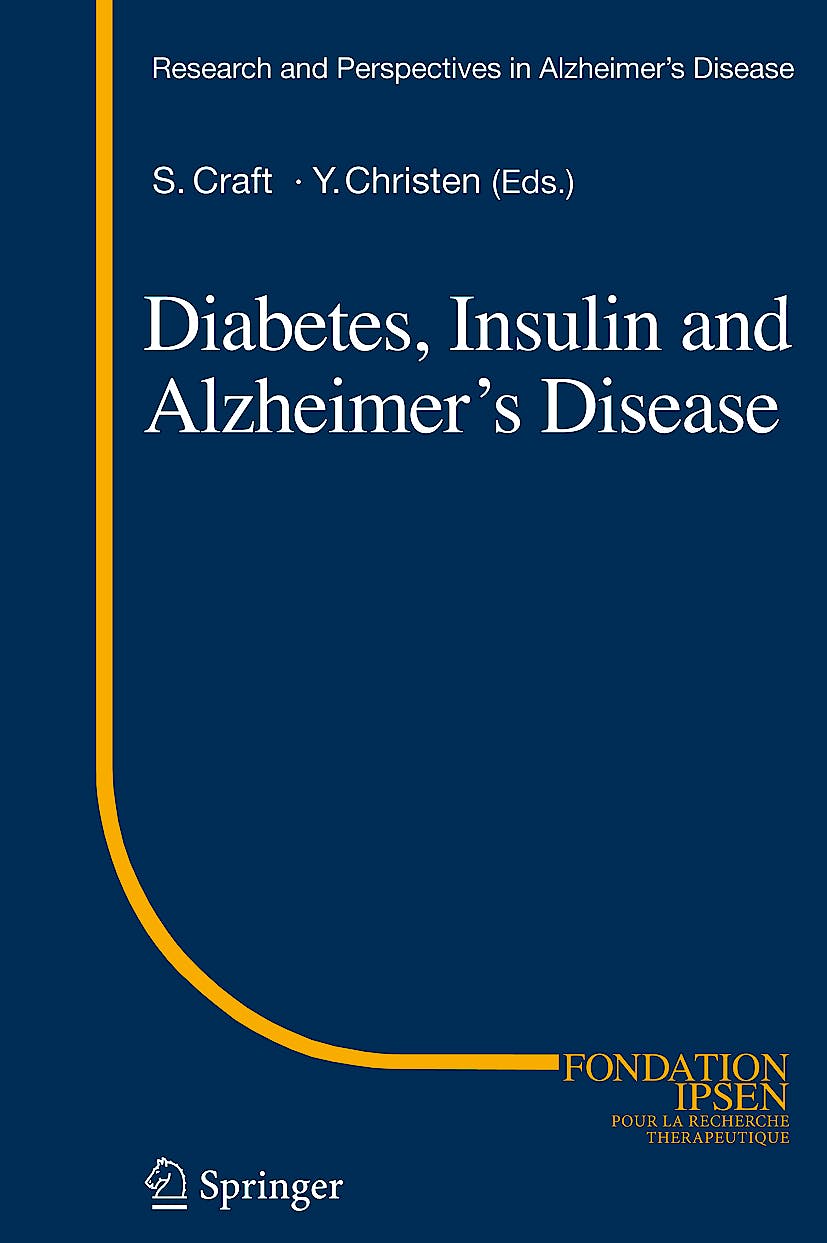 Neurons share more similarities with insulin-producing pancreatic islet cells than with any other cell type. The root of this similarity may lie in the islet’s evolution from an ancestral insulin-producing neuron. The islet-neuron connection becomes less surprising as we learn more about insulin’s involvement in functions far from its traditional role in mediating glucose uptake in muscle. The importance of insulin in the regulation of corporal aging has been established by the dramatic increases in longevity experienced by animals in which the adipose insulin receptor has been genetically eliminated, or in which the insulin-related daf genes have been mutated. New research suggests that, analogous to its influence on corporal aging, insulin also makes important contributions to brain aging and the expression of late-life neurodegenerative disease. Insulin plays a key role in cognition and other aspects of normal brain function. Insulin resistance induces chronic peripheral insulin elevations and is associated with reduced insulin activity both in periphery and brain. The insulin resistance syndrome underlies conditions such as Type 2 diabetes mellitus and hypertension, which are associated with age-related cognitive impairment and Alzheimer’s disease.

This book discusses the mechanisms through which insulin dysregulation contributes to the development of cognitive impairment and late-life neurodegenerative disease. Given the recent pandemic of conditions associated with insulin resistance, it is imperative that we achieve a comprehensive knowledge of the mechanisms through which insulin resistance affects brain function in order to develop therapeutic strategies to address these effects.

Insulin Action in the Brain and the Pathogenesis of Alzheimer’s Disease by Carl Ronald Kahn and Ryo Suzuki.- The Brain-insulin Connection, Metabolic Diseases and Related Pathologies by Kyriaki Gerozissis.- Insulin Mediated Neuroplasticity in the Central Nervous System by Lawrence P. Reagan.- Stress Hormones and Neuroplasticity in the Diabetic Brain by Alexis M. Stranahan and Mark P. Mattson.- Diabetes and the Brain – an Epidemiologic Perspective by Lenore J. Launer.- Cognition in Type 2 Diabetes: Brain Imaging Correlates and Vascular and Metabolic Risk Factors by Geert Jan Biessels.- The Relationship between the Continuum of Elevated Adiposity, Hyperinsulinemia, and Type 2 Diabetes and Late-onset Alzheimer’s disease: an Epidemiological Perspective byJosé A. Luchsinger.- The Role of Insulin Dysregulation in Aging and Alzheimer’s disease by Suzanne Craft.- Is Alzheimer’s a Disorder of Ageing and why don’t Mice get it? The Centrality of Insulin Signalling to Alzheimer’s disease Pathology by Simon Lovestone and Richard Killick.- PKC and Insulin Pathways in Memory Storage: Targets for Synaptogenesis, Anti-apoptosis, and the Treatment of AD by Miao-Kun Sun, Thomas J. Nelson and Daniel L. Alkon.- Diet, Aß Oligomers and Defective Insulin and Neurotrophic Factor Signaling in Alzheimer’s disease by Greg M. Cole, Qiu-Lan Ma, Fusheng Yang, Atul Deshpande, Oliver Ubeda and Sally A. Frautschy.- Serum IGF-I, Life-style, and Risk of Alzheimer´s disease by Joaquin Piriz, Takeshi Nishijima, Jose Luis Trejo and Ignacio Torres Aleman.- Subject index.