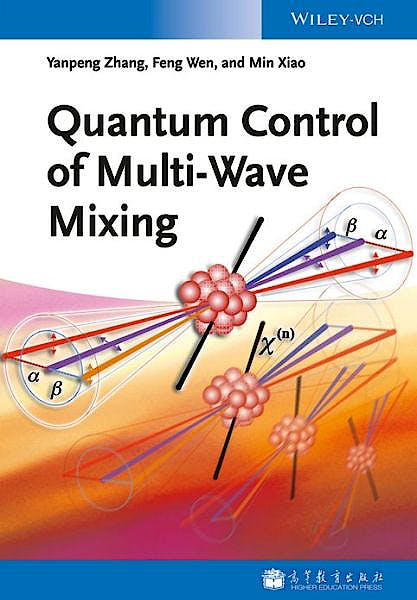 Multi-wave mixing gives rise to new frequency components due to the interaction of light signals with a suitable nonlinear medium. In this book a systematic framework for the control of these processes is used to lead readers through a plethora of related effects and techniques.

Yangpeng Zhang received his PhD in Physics Electronics and Optical Electronics in 2000 and is now Tengfei Chair Professor at Xi'an Jiaotong University. He received numerous national science and technology young researchers awards for his theoretical studies on photonics, especially wave mixing. More than 100 papers in peer review journals and two books on all aspects of multi-wave mixing make him an ideal author for this topic.

Min Xiao is Distinguished Professor of Physics and holder of the 21st Century Chair in Nanotechnology at the University of Arkansas. He held positions in Shanxi University, China, and the Massachussetts Institute of Technology, received the NSF Young Investigator Award in 1994, and is a Fellow of the American Physical Society and the Optical Society of America. With more than 240 publications on related topics he is one of the experts in the field of multi-wave mixing.