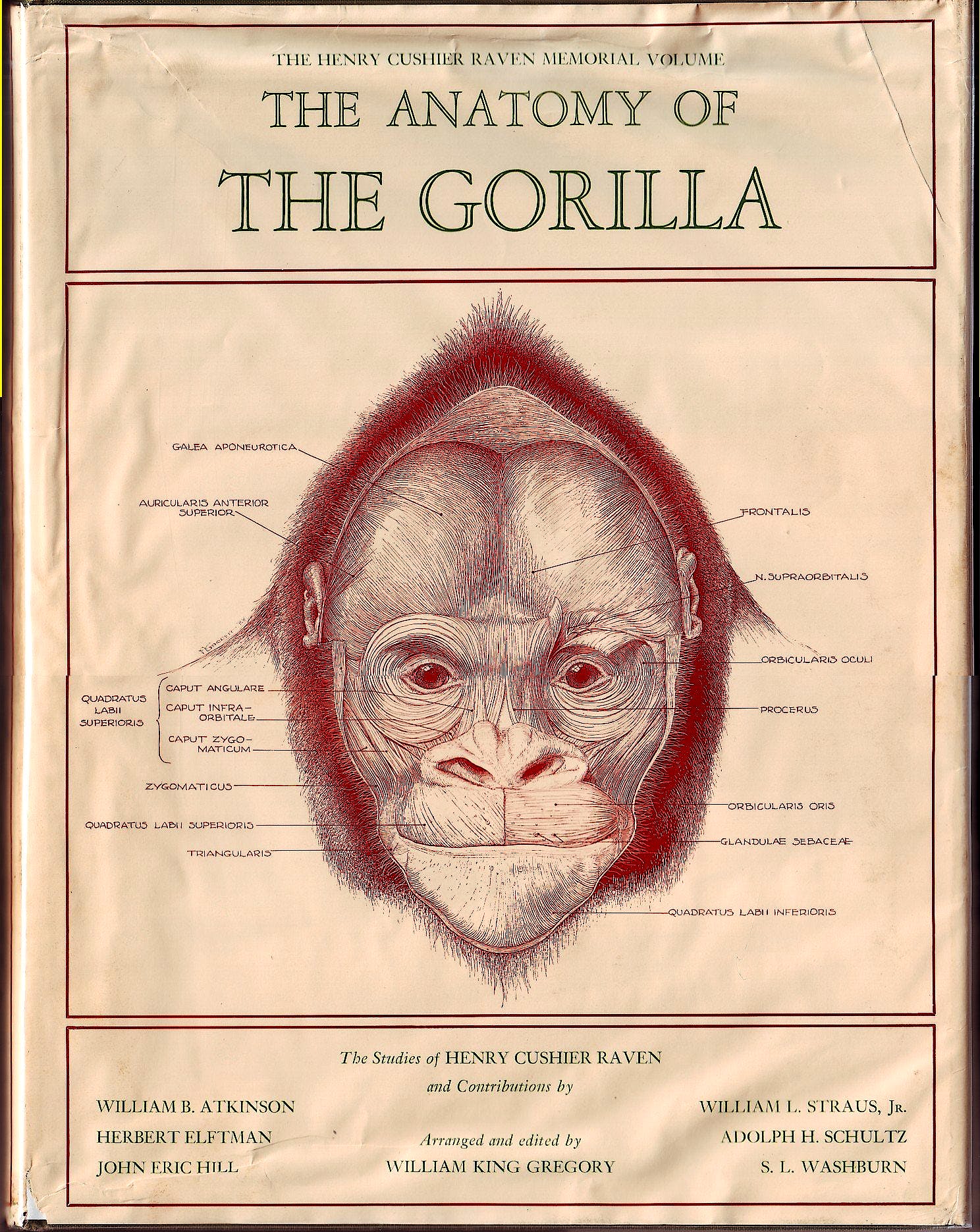 Anatomy of the Gorilla (The Henry Cushier Raven Memorial Volume)

Publisher's Notes: Published in honor of the late naturalist, explorer and anatomist, Henry Cushier Raven, this singular volume is composed, first, of the superbly illustrated treatise which he had nearly completed at the time of his death, and second, of a series of important contributions to the same and allied fields by his friends and colleagues of Columbia, Johns Hopkins, Chicago University and the American Museum of Natural History. The result is a detailed anatomical description of the great anthropoid ape which will stand as the permanent, definitive work in this field. Until its publication, the recorded knowledge of the gorilla, whose physical structure is significantly related to the human, has been incomplete, uncoordinated, and widely scattered in scientific journals. Indeed, even were the persevering student to gather all existing articles together, he would still lack much of the essential material now available in this volume. Based largely on material collected by Mr. Raven himself during the Columbia University-American Museum of Natural History expedition to Africa in 1929-1931, and on supplementary material in other institutions, this work will be a standard tool of anatomy departments in medical schools throughout the world. This is partly because the anatomy of the gorilla offers many instructive comparisons and contrasts with that of man. The many accurate, carefully checked plates are superbly drawn in the best traditions of Leonardo da Vinci and his successors. They demonstrate clearly many essential features which are obscure or difficult to expose in man, whereby the corresponding parts of human anatomy acquire new and wider meaning. Those who admire books with fine anatomical plates also will find here much to delight them, including four life-size [fold-out] drawings of gorilla limbs. The volume contains 116 plates and 40 figures.