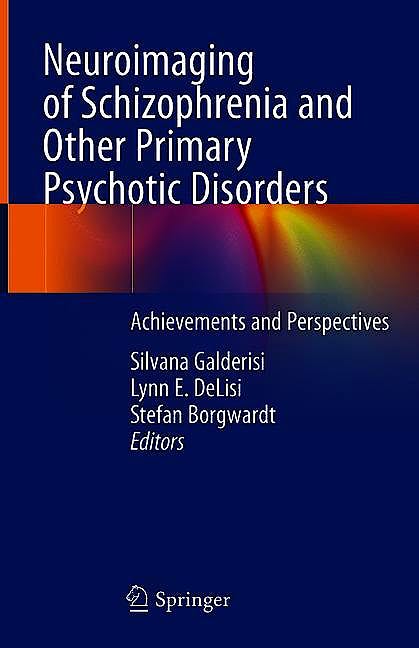 Neuroimaging of Schizophrenia and Other Primary Psychotic Disorders. Achievements and Perspectives

This book presents the state of the art in the use of neuroimaging technologies in the study of schizophrenia and other primary psychotic disorders. The contributions of neuroimaging in the characterization of these disorders are reviewed across diagnoses, by focusing on psychopathological domains and at-risk populations in order to understand the implications for treatment. The principal neuroimaging findings are described in detail, identifying those that are common to and specific for each disorder and highlighting important pitfalls. Attention is drawn to potential translational aspects of research in the field, with discussion of emerging innovative perspectives.

Neuroimaging research has shown that abnormalities of brain structure and function associated with psychiatric disorders do not reflect the boundaries of current diagnostic categories. However, neuroimaging findings are being reconsidered in the light of recent research proposals aimed at re-conceptualizing classification systems in Psychiatry. Written by leading experts, this book will appeal to all with an interest in the field, including researchers, clinicians, and trainees.

Dr. DeLisi is currently an Attending Psychiatrist in the VA Boston Healthcare System and Professor of Psychiatry at Harvard Medical School. In addition, she has been Editor-in-Chief and co-founder of the Schizophrenia Research journal from the mid 1980's until 2017. Beginning January, 2019 she will be editor-in-chief of the journal Psychiatry Research. She was secretary, as well as co-founder, of two professional organizations: The Schizophrenia International Research Society (SIRS) and The International Society of Psychiatric Genetics (ISPG) and is currently president of SIRS. Dr DeLisi was the first to conduct a longitudinal controlled MRI study that showed progressive brain change in schizophrenia and was a pioneer in developing an international collaboration for ascertainment of families with multiple members having schizophrenia to participate in molecular genetic studies. From 2001 through 2008 she was professor at New York University School of Medicine and Associate Director of the brain imaging division at The Nathan Kline Institute for Psychiatric Research where she contributed several studies on anomalies of language processing in people at high risk for schizophrenia. She moved to her current position in the Boston area in January 2009 where she continues to focus her research on biological markers for high risk for schizophrenia and the effects of marijuana on adolescents. Dr DeLisi edited and authored over 300 books and manuscripts and aside from editing her own journal, serves on the editorial board of several other journals.

Stefan Borgwardt is a Professor of Neuropsychiatry in the Department of Psychiatry, University of Basel, Switzerland. He is Head Physician at the Psychiatric University Hospital (UPK), Basel, where he also heads the Neuropsychiatry and Brain Imaging research group. Dr. Borgwardt graduated from the Charite Medical School, Berlin and trained in psychiatric practice and research methodology in Basel, subsequently becoming a clinical research fellow at the Institute of Psychiatry, King's College London, where he is now a Visiting Professor. He is also Secretary of the Section of Neuroimaging of the World Psychiatric Association (WPA). His research interests include structural and functional neuroimaging, pharmacological neuroimaging methods, and neurocognitive and genetic mechanisms in schizophrenia.