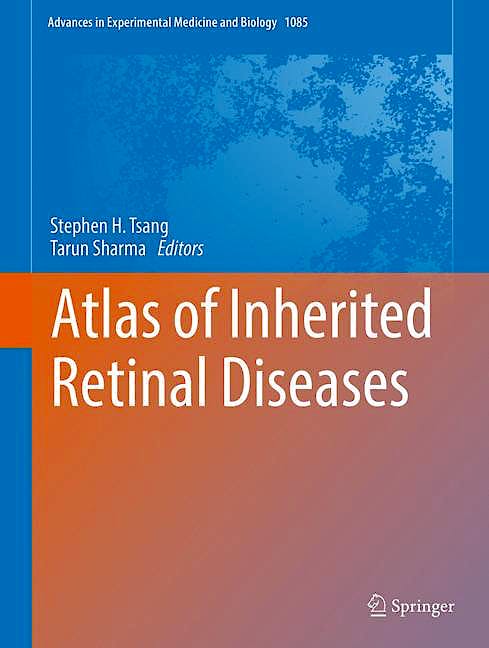 This Atlas of Inherited Retinal Disorders provides a thorough overview of various inherited retinal dystrophies with emphasis on phenotype characteristics and how they relate to the most frequently encountered genes. It also meets the previously unmet needs of PhD students who will benefit from seeing the phenotypes of genes they work on and study. Further, because genetic-testing costs are quite high and spiraling higher, this Atlas will help geneticists familiarize themselves with the candidate gene approach to test patients’ genomes, enabling more cost-efficient testing. This invaluable atlas is organized into eight sections starting with an introduction to the basic knowledge on retinal imaging, followed by diseases listed according to inheritance pattern and disorders with extraocular manifestations grouped by defining features. This structure will be intuitive to clinicians and students studying inherited retinal disorders.

Stephen H. Tsang MD, PhD has been culturing embryonic stem (ES) cells since 1992 and in 1995 created the first mouse model for a recessive form of retinitis pigmentosa (RP) by applying homologous recombination to ES cell technology. Since 1996, the Dr. Tsang has been quantifying retinal function and structure in gene-targeted mutant mice. As the director an international referral center for inherited retinal degenerations, Dr. Tsang cares for a specific subgroup of patients that are most appropriately aligned with precision medicine. At times, patients suffer from a disorder that is related to an existing transgenic mouse model generated in the laboratory, and other times patients inspire new models. . Dr. Tsang's contributions to genetics has being recognized by the 2005 “Bernard Becker-Association of University Professor in Ophthalmology”-“Research to Prevent Blindness” Award, Carl Camras Award, and the 2013 Bradley Straatsma Lectureship. Dr. Tsang received 2008 resident teaching award. He is also a standing member of the “DPVS” study section at NIH, American Society for Clinical Investigation, American Ophthalmological Society and Macular Society.

Tarun Sharma. For over three decades, Tarun Sharma was associated with a tertiary eye care institute – SANKARA NETHRALAYA – Chennai, India. He was the director of vitreoretinal services and professor of ophthalmology for over a decade. For his distinguished contribution to the field of ophthalmology, he was awarded thrice by the American Academy of Ophthalmology: Achievement Award (2007), International Ophthalmologist Education Award (2009), and the International Scholar Award (2011). In 2017, he joined the Edward S. Harkness Institute, the Columbia University Medical Center, NY, and currently working as a gene therapist at Jonas Children's Vision Care.