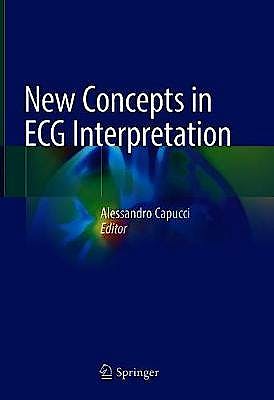 1 The P wave and PR study: how they may help during sinus rhythm in defining pathology.- 2 Forseeing future arrhythmic events.- 3 Interpreting correctly some clinical findings ( syncope etc).- 4 Evaluation during Tachycardias : where to choose and how may be a diagnostic great help.- 5 The value of PR , blocked P waves in interpreting supra or subhisian site of blocks.- 6 QRS analysis in the diagnosis of aberrant conduction: new insights.- 7 QRS analysis during sinus rhythm for clinical practice purposes.- 8 Ecg interpretation of the supraventricular arrhythmias diagnosis.- 9 The repolarization patterns mimicking acute ischemia and uncorrectly leading to hospitalization, coronaroarteriography and faulse diagnosis of ischemic heart disease.- 10 Pitfalls and errors in the monitorings systems: how is the most correct interpretation.- 11 Some critical traces coming from normal pts 10) Some critical traces coming from non cardiological pts.- 12 Final considerations.

This book elucidates a number of new concepts on P-wave evaluation and QRS depolarization properties, and reports on several repolarization findings never covered in previous ECG books. The content is primarily based on case reports, some of which are compared in order to reveal their ostensibly small but significant differences. The book addresses a significant and lingering gap in ECG interpretation, which is the actual cause of many poor decisions in the diagnostic and therapeutic contexts. Further, the book has an interdisciplinary appeal, and will be of equal interest to professionals and scholars with an interest in cardiology and ECG interpretation.

Prof. Alessandro Capucci is Director of the Cardiology Clinic at Universita Politecnica delle Marche, Ancona, Italy. He began his career at the Institute of Cardiology, Bologna University where he later became chief of Electrophysiology. From 1982 to 1984 he worked at the Electrophysiological Laboratory of Amsterdam University and subsequently became director of the Institute of Cardiology at Guglielmo da Saliceto Hospital in Piacenza, before switching to Ancona as a full professor of Cardiology; he also is the director of the Residency School of Cardiology,He founded the first European Out of Hospital early defibrillation project (Progetto Vita) in Piacenza, Italy. Prof. Capucci has published over 1000 scientific papers.