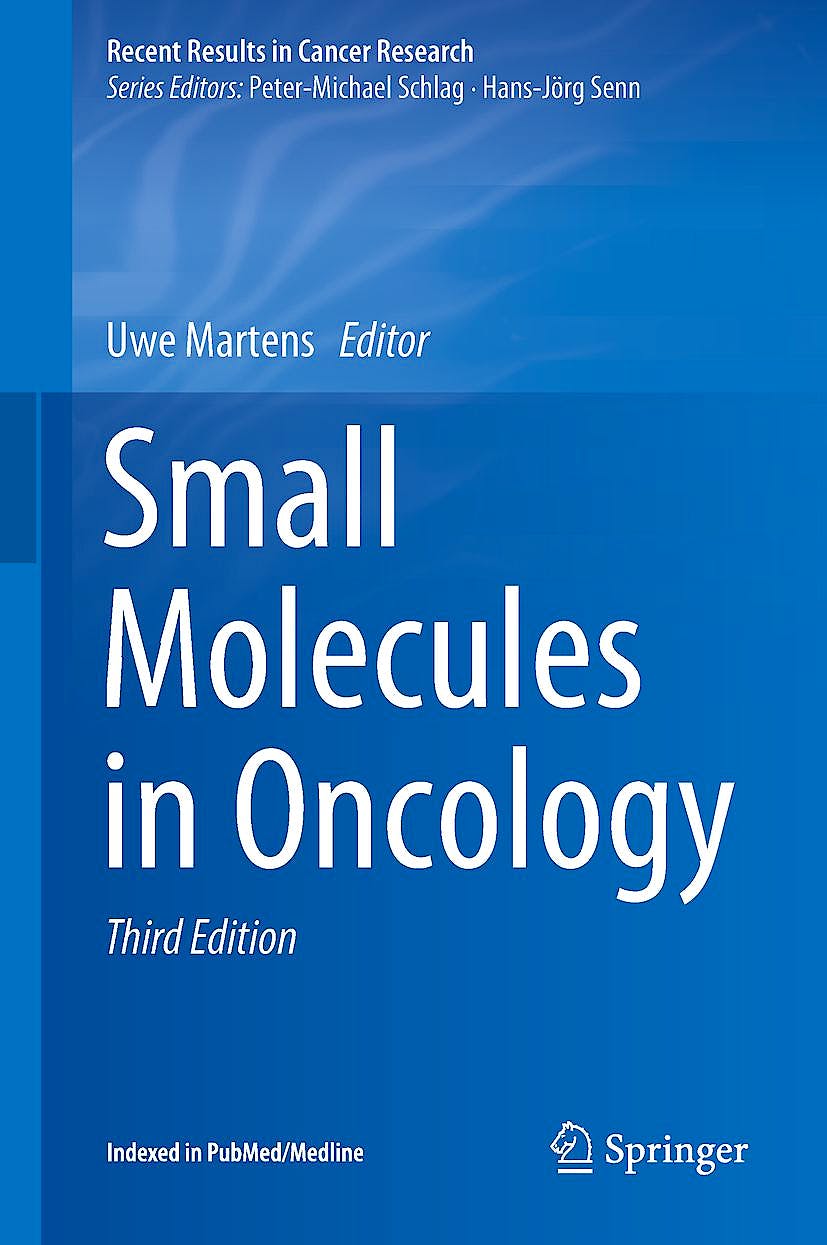 Extensive research into the molecular mechanisms of cancer has heralded a new age of targeted therapy. The field of personalized cancer therapy is now growing rapidly, and the advances being made will mean significant changes in the treatment algorithms for cancer patients. Numerous novel targets that are crucial for the survival of cancer cells can be attacked by small molecules such as protein tyrosine kinase inhibitors. This book is the third edition of Small Molecules in Oncology, but has now been divided into two volumes, with the other volume focusing specifically on small molecules in hematology.

Uwe Martens, Prof. Dr. med., is chair of the Cancer Center Heilbronn-Franken and head of the Department of Hematology and Oncology at the SLK Clinic Heilbronn, which is an academic teaching hospital of the University of Heidelberg. He graduated in Medicine from the University of Freiburg and continued his medical and scientific training at the Medical University Center in Freiburg and at the BC Cancer Research Center in Vancouver. His scientific focus is the development of personalized cancer therapy and immunotherapy. He is a co-founder of the MOLIT Institute for Personalized Medicine at the science and technology park in Heilbronn, which aims to rapidly translate precision medicine into standard care.