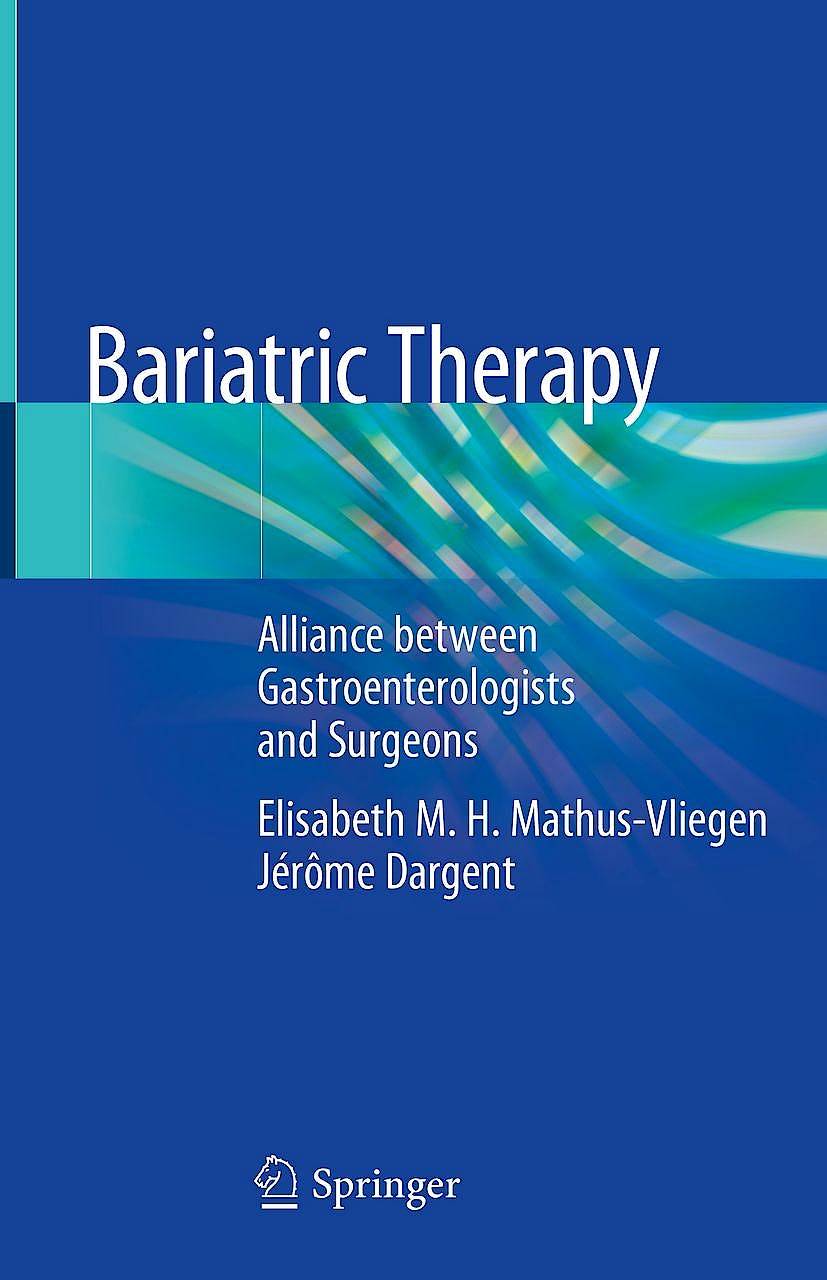 The treatment approach in patients with obesity and morbid obesity is usually stepwise, starting with dietary measures, exercise, and behavioral therapy, followed by pharmaceutical therapies, endoscopic bariatric therapy, and, finally, bariatric surgery. Endoscopists and gastroenterologists are involved first because the gastrointestinal tract is affected by obesity-related co-morbidity and second because it provides access for a range of treatment modalities involving endoscopy. Bariatric surgeons may need the assistance of endoscopists and gastroenterologists in the preoperative work-up of patients, in the perioperative period, when acute complications may require an endoscopic intervention, or in the late follow-up period, when complications or insufficient weight loss may be present. This book will be of value for both groups of specialists, enabling them to optimize their cooperation to the benefit of patients.

Elisabeth M.H. Mathus-Vliegen has worked as a gastroenterologist for many years at the Academic Medical Center, University of Amsterdam, the Netherlands, where she was appointed Professor of Clinical Nutrition in 1992. In 2007 and 2008 she held the Danone Chair at the University of Leuven in Belgium. Based on the many lectures she gave in Leuven, she wrote a monograph entitled Facts and Fallacies of Diets in Gastroenterology. She has conducted research on a wide variety of topics and has published more than 350 articles in the field and written more than 100 book chapters. She has received various prizes and is a Founding Fellow of the Specialist Certification of Obesity Professionals in Europe (SCOPE). She is a member of the European Association for the Study of Obesity (EASO), the EASO Obesity Management Task Force (OMTF), and the EASO Bariatric Surgery Steering Group (BSSG). She is also a member of many (patient) associations, advisory boards, and steering committees.

Jerome Dargent is a surgeon who works in the fields of digestive surgery and bariatric surgery at Polyclinique Lyon-Nord, Rillieux, France. He was president of the IFSO-EU Chapter from 2006 to 2009, and is the current president of the French Society for Obesity Surgery (SOFFCO), has published many articles in international peer-reviewed journals, including most recently on the merits of minimally invasive injection of hyaluronic acid versus and combined with intragastric balloon for the treatment of obesity, and the pathogenesis and response to treatment of gastro-oesophageal reflux disease in the context of obesity. He his hosting an annual meeting dedicated to new technologies in the bariatric field in Lyon since 2011 ("NON INVA symposium").