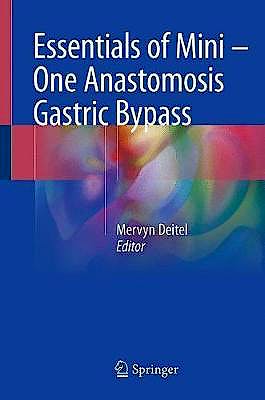 A Brief History of Bariatric Surgery to the Present.- Understanding the Technique of MGB: Clearing the Confusion.- Physiology of the MGB: How it Works for Long-term Weight Loss.- Ten Crucial Steps for the MGB Operation.- The Ideal Length of the Jejunal Limb in MGB.- Perioperative Care in the MGB and Anesthetic Management.- Early Complications of the MGB - Prevention and Treatment.- Late Complications of the MGB - Prevention and Treatment.- Diet, Supplements and Medications after MGB. Nutritional Outcomes. Avoidance of Iron Deficiency. MGB in Vegetarians.- Patient Contraindications to Undergoing MGB.- Understanding the Morbidly Obese Patient.- Effects of MGB on Obesity-Related Co-Morbidities - Lipids, Hypertension, Non-alcoholic Fatty Liver, etc.- Effects of MGB on Type 2 Diabetes in Morbid Obesity. Comparison with the Other Operations.- Effects of MGB on Type 2 Diabetes in Lower BMI Patients.- Effect of MGB on the Obese Type 1 Diabetic.- The Question of Gastro-esophageal Reflux.- Treatment of Marginal Ulcer.- Quality of Life after MGB Compared to Other Operations.- Use of Single or Reduced Number of Ports.- Robotic MGB.- Absence of Gastric and Esophageal Carcinoma after MGB.- Revision of Lap-band to MGB.- Comparison of Results of MGB to Sleeve Gastrectomy and Roux-en-Y Gastric Bypass. Technique of Conversion of Failed Sleeve Gastrectomy to MGB.- Anti-reflux One-Anastomosis Gastric Bypass (OAGB) [Spanish BAGUA]: Step-by-step Technique, Rationale and Bowel Lengths.- Results of the OAGB: Effects on Co-Morbidities, Diabetes, Weight and Quality of Life, Nutritional Considerations, Pregnancy.- Results of the OAGB in Adolescents.- Physical Principles Applied to the OAGB.- Method of Revision of Sleeve Gastrectomy to OAGB.- The Ileal Food Diversion Operation: Technique, Rationale and Results.- Diverted MGB: A New Procedure.- Comparison of MGB with SADI-S: Revision of Sleeve Gastrectomy to MGB or Single Anastomosis Duodeno-Ileostomy (SADI).- Single Anastomosis Gastro-ileal Bypass (SAGI).- The MGB-OAGB International Club.

This book indicates the technique and fine points of the mini- and one-anastomosis gastric bypass, and looks at the means of revising other operations related to it. The chapters discuss postoperative complications, treatment and requirements, postoperative diet and medications, the remarkable effects on the co-morbidities of morbid obesity, and the durability of the weight loss, as well as the improvement in the quality of life.

Essentials of Mini - One Anastomosis Gastric Bypass aims to help surgeons manage the difficulties encountered within this procedure and to help create improved practice.

Mervyn Deitel, MD, FASMBS, CRCSC, FACN, FICS, DABS. Mervyn Deitel graduated from University of Toronto Medicine in 1961. He trained in surgery at NYU and Beth Israel Hospitals New York, Roswell Park Cancer Institute Buffalo, and Parkland Memorial in trauma in Dallas. He pioneered intravenous hyperalimentation (TPN) at St. Joseph's Health Centre in Toronto in 1967, and began bariatric surgery in 1970, becoming a Professor of Nutritional Sciences and Surgery, performing 2,850 jejuno-ileal bypasses, gastroplasties and Roux-en-Y gastric bypasses. Prof. Deitel published 5 textbooks on nutrition/bariatric surgery. He was a Founding Member of the ASBS (now ASMBS) in 1983, and served as President 1994-5. He received the Outstanding Achievement Award of the ASMBS Foundation in 2002 and recently the Mason Presidential Medal. He was the Founding Editor and Editor-in-Chief of Obesity Surgery from 1991 to 2008, and remains Emeritus Editor-in-Chief. He was a F^700 presentations. Among his memberships are Central Surgical Association, SAGES, Society for Surgical Oncology, American College of Nutrition, and Past-President of the Roswell Park Surgical Society. He is Chief of the Advisory Board of the International Bariatric Club, and Editor of Healthy Weight: the Publication of the Canadian Association of Bariatric Physicians & Surgeons. He is Founder and Director of the MGB-OAGB Club.