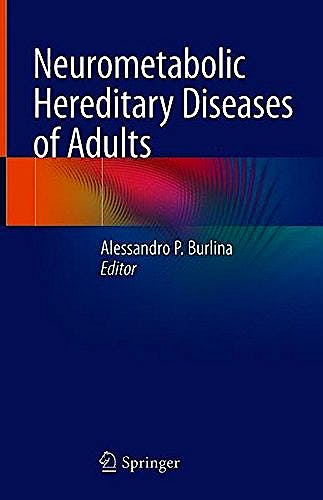 This practical book describes only neurometabolic hereditary diseases which have a specific treatment and encourages the general neurologist to think of the most common neurometabolic hereditary diseases, which he might have seen and never considered in the differential diagnosis. Information regarding how to deal with diseases with special therapy is provided (i.e. enzymatic replacement therapy in Fabry disease and Pompe disease), as is information on diseases which are not easily recognized (i.e. Niemann-Pick disease type C), and diseases with clinical features mimicking other common neurodegenrative diseases (i.e. Wilson's disease). Neurometabolic Hereditary Diseases is written with a clinical focus for adult neurologists working in general hospitals.

Dr Alessandro P. Burlina is Director of the Neurological Unit at the San Bassiano Hospital, Bassano del Grappa, and former Adult Neurologist Consultant at the Inherited Metabolic Disease Unit of the University Hospital of Padua, Italy. Since 1995, he has held positions at the Centre for Neurochemistry (Nathan S. Kline Institute for Psychiatric Research, New York University), the Department of Neurology (Yale University School of Medicine) and the Department of Biophysical Chemistry (Biocentre of the University of Basel). He is interested in the clinical and neurochemical aspects of inherited neurometabolic diseases in adulthood. His current research is focused on neurological findings of Fabry disease and phenylketonuria. He has published many peer-reviewed publications and book chapters on inherited metabolic diseases.