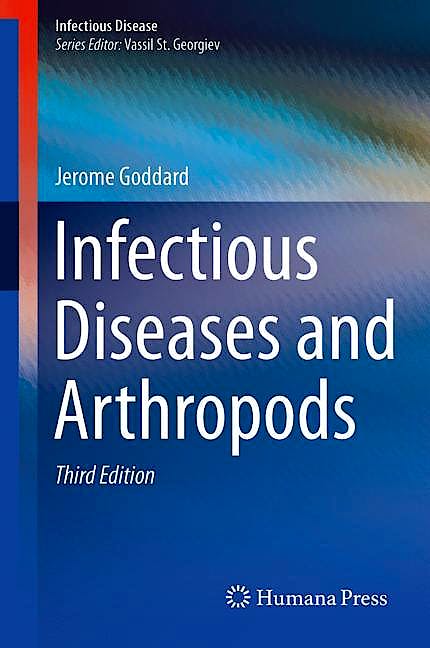 With the exception of a few tropical medicine schools worldwide, current medical education programs include almost zero discussion of the interface between infectious diseases and entomology. That is why this book was initially published in the first edition almost 17 years ago. The third edition of this valuable infectious disease entomology book updates all existing chapters with the newest scientific developments described in the medical and entomological literature in addition to covering 10 entirely new topics not addressed in previous editions, which include:

Jerome Goddard, Ph.D. is a medical entomologist currently located at Mississippi State University who is known for research on a number of medically important arthropods, most notably ticks, mosquitoes, and bed bugs. Prior to coming to Mississippi State, Dr. Goddard was an Air Force medical entomologist for 3 years and then State Medical Entomologist for the Mississippi Department of Health for 20 years. After Hurricane Katrina (2005), Dr. Goddard was the health department official responsible for the mosquito and vector control program along the Mississippi Gulf Coast. He is the author of over 200 scientific articles and a medical textbook used by physicians, which won "Highly Commended" in 2003 in the British Medical Association's Best Medical Book of the Year competition. Over the last two decades, Dr. Goddard has served as an educational resource concerning medically-important arthropods to a U.S. Congressional Committee, in various newspapers and magazines such as Reader's Digest, and on television programs such as The Learning Channel ("Living with Bugs") and the Colbert Report.