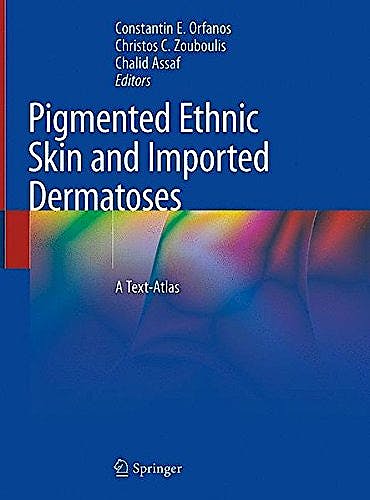 The vast majority of the global population has pigmented non-Caucasian skin; accordingly, this book focuses on the diagnosis and management of skin diseases in dark-skinned populations, paying particular attention to different reactive profiles, the frequency and the clinical pictures of diseases in pigmented ethnic skin that arise in hot climate zones.

Supplemented by a wealth of high-quality, full-color images, this comprehensive work covers the full range of dermatological entities and issues characteristic of the tropical and subtropical regions of the globe, including those that are now emerging in developed countries as a result of intensified travel, globalized business, and migration. Each disorder is described by respected experts on subtropical and tropical countries, and each chapter is clearly structured, examining the incidence, pathogenesis, clinical presentation, management and course.

The book illustrates the clinical features and includes major schedules for the diagnosis and management of skin diseases presented in darkly pigmented to black skin. As such, it offers an invaluable tool for all dermatologists in developing and developed countries, especially those who are used to dealing with skin lesions mainly in white Caucasian skin. While enabling physicians to provide proper advice, medical services and support, Pigmented Ethnic Skin and Imported also represents a guide for a broader range of professionals working for governmental institutions, health and refugee agencies.

Professor Constantin E. Orfanos is a Professor Emeritus of the Charité University Medical School in Berlin. He served for many years as Director of the Department of Dermatology and Venereology at the Benjamin Franklin University Medical Center of the Free University of Berlin and a leading member of the International Committee for Dermatology (ICD). From 1990 to 1993 he served as the Dean of the Medical Faculty of the Free University of Berlin. Prof. Orfanos has also held numerous lectures for doctors and students in countries of the Middle East, China and Africa and served as a physician at a Christian Hospital in Tanzania. He is currently head of the Berlin Foundation of Dermatology.

Professor Christos C. Zouboulis studied Medicine and Political Science at the National Capodistria University of Athens, Greece and specialized in Dermatology and Venereology, Allergology, Andrology and Proctology at the Benjamin Franklin University Medical Center in Berlin, Germany. After completing his doctorate and postdoctoral research, h was appointed a Professor of Dermatology and Venereology at the Free University of Berlin. Since 2005, he has been Director of the Department of Dermatology at the Dessau Medical Center in Dessau, Germany. Prof. Zouboulis has conducted fundamental research and has been awarded – among other fields – for his work on Dermato- Endocrinology and sebaceous glands, acne, hidradenitis suppurativa/acne inversa, skin stem cells, molecular ageing and rare diseases.

Professor Chalid Assaf is Director of the Department of Dermatology at the HELIOS Klinikum Krefeld, Academic Hospital of the RWTH University Aachen in Germany, a post he has held since 2009. He studied at the medical school of the Free University of Berlin, Germany, with a fellowship at the John Radcliffe Hospital, University of Oxford, UK, and was awarded his MD in 1997. He started his clinical career with an internship at the Department of Pathology at the Benjamin Franklin University Medical Center of the Free University of Berlin, Germany, followed by a residency and a specialist post at the Department of Dermatology and Venereology at the same hospital. He was subsequently appointed Head of the Lymphoma Section of the Skin Cancer Center and, in 2008, as Assistant Professor, both at the Charité and Universitätsmedizin in Berlin.