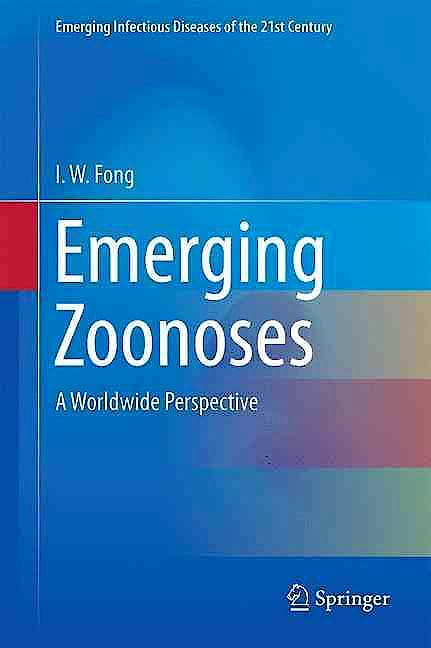 The book begins with a review of zoonotic pandemics of the past: the “Black Death” or bubonic plague of the Middle Ages, the Spanish Influenza pandemic (derived from avian influenza) of the early 20th century, to the more modern pandemic of AIDS/HIV infection,which originated in Africa from primates. However, the majority of chapters focus on more recent zoonoses, which have been recognized since the late 20th century to the present:

In addition, reemergence of established zoonoses that have expanded their niche are reviewed, such as the spread of Zika virus and Chikungunya virus to the Western Hemisphere, and the emergence and spread of Ebola virus infection in Africa. A chapter is alsodevoted to an overview of the mechanisms and various types of animals involved in the transmission of diseases to humans, and the potential means of control and prevention. Many endemic and sporadic diseases are still transmitted by animals, through either director indirect contact, and zoonoses are estimated to account for about 75% of all new and emerging infectious diseases. It is predicted by public health experts that the next major pandemic of infectious disease will be of animal origin, making Emerging Zoonoses: AWorldwide Perspective a crucial resource to all health care specialists by providing them with much needed information on these zoonotic diseases.