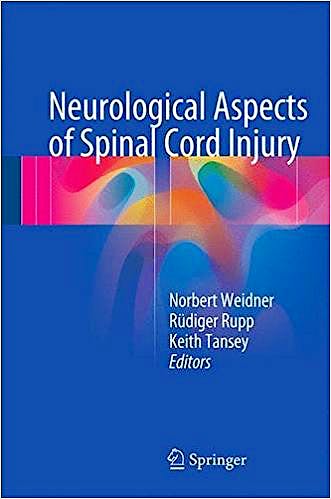 This clinically focused book aims to cover for the first time all of the neurological aspects relevant to the diagnosis and treatment of spinal cord disease. Furthermore, innovative neurorestorative therapeutic strategies - aiming for repair of the damaged spinal cord and/or reorganization of the remaining nervous system - with significant potential for translation into clinical routine are presented. The book covers a comprehensive list of topics, including epidemiology, neuroanatomy, etiology of compressive and non-compressive spinal cord injury, imaging, neurophysiology, neurological sequelae, and complications with emphasis on dysfunction of the autonomic nervous system. Both clinically established and preclinical therapies are discussed in detail. The book is suited for trainees and practicing clinicians including neurologists, spine surgeons, rehabilitation specialists, neuroradiologists, and occupational/physical therapists; it will also be of value to neuroscientists involved in research into spinal cord disease.

Prof. Norbert Weidner, a board certified neurologist, has been medical director and head of the Spinal Cord Injury Center at Heidelberg University Hospital since 2009. He oversees both the comprehensive care for acutely and chronically spinal cord injured individuals as well as all research activities concerning neuroregeneration and neurorehabilitation in spinal cord injury. He received his medical degree at the University of Würzburg in 1995. He completed his residency at the Neurology Departments at Würzburg and Regensburg University Hospital and the Neuropathology department at Heidelberg University Hospital to become a board-certified neurologist in 2004. A three-year-long postdoctoral fellowship at the Department of Neurosciences, Center for Neural Repair, University of California, San Diego (1996-1999) shaped his research focus towards regenerative therapies following traumatic spinal cord injury. Accordingly, he successfully finished his postdoctoral studies with a thesis on “regenerative strategies for axonal repair in the injured peripheral and central nervous system” in 2005 at Regensburg University Hospital. He is the author of more than 80 research papers and is the editor of recent textbooks focusing on repair strategies for the injured spinal cord and neurological aspects of spinal cord injury. He is a member of the German Speaking Society for Paraplegia (DMGP), Germany Society for Neurology (DGN), Germany Society for Neuroscience (NWG), Society for Neuroscience (SFN) and the International Spinal Cord Society (ISCOS). He currently coordinates all clinical guideline activities at the DMGP. He has received several spinal cord injury related research awards. He was principal investigator in a phase I anti-Nogo trial and is currently running a subsequent multi-center phase II trial, in addition to several clinical trials investigating neurorehabilitative interventions.

Rüdiger Rupp received his diploma in electrical engineering with a focus on biomedical engineering and his Ph.D. from the Karlsruhe Institute of Technology (KIT), Germany, in 1994 and 2008, respectively. From 1994 to 1996 he was a research assistant at the Institute for Biomedical Engineering and Biocybernetics at the KIT (head Prof. G. Vossius). Since 1996, he has been with the Spinal Cord Injury Center (former director: Prof. H.J. Gerner, current director Prof. N. Weidner) at Heidelberg University Hospital, Germany, where he heads the Experimental Neurorehabilitation Lab. He is the author of more than 100 journal articles and book chapters and holds two patents. His main research focus is on the development of innovative technologies to help individuals with spinal cord injuries. His interests include neuroprosthetics mainly of the upper extremities, application of functional electrical stimulation for therapeutic purposes, development of novel neuroprosthetic user interfaces including brain-computer interfaces, development and clinical validation of novel methods and devices for locomotion therapy, gait analysis in patients with incomplete spinal cord injuries, and the realization of software projects for the standardized documentation of rehabilitation outcomes. Dr. Rupp is a member of the IFESS, VDE, DMGP, DGOOC, ISCoS and ASIA. He received the Innovation Award for Medical Technology from the German Federal Ministry of Research and Education (BMBF) in 2005, the Konrad-Biesalski Award from the German Society for Orthopedics and Orthopedic Surgery (DGOOC) and the Innovation Award from the German Spinal Cord Injury Foundation (DSQ), both in 2008.

Dr. Keith E. Tansey, MD, PhD, is a Senior Scientist in the Center for Neuroscience and Neurological Recovery at Methodist Rehabilitation Center, a Professor of Restorative Neurology in the Departments of Neurosurgery and Neurobiology at the University of Mississippi Medical Center, and an Attending Physician in the Spinal Cord Injury Clinic at the Jackson Veterans Administration Medical Center in Jackson, Mississippi, USA.  After receiving his Bachelor’s and Master’s degrees in biology with a focus on biomechanics from Stanford University in 1985, Tansey earned his Medical and Doctoral (Neuroscience) degrees at the University of Texas Southwestern Medical School in 1994. He then completed his Residency in Neurology at Washington University and Fellowships in Neurorehabilitation and Spinal Cord Injury Research there and at the University of California at Los Angeles.  He was board-certified in Neurology and then completed subspecialty certifications in Spinal Cord Injury Medicine and Neural Repair and Rehabilitation.  In 2002, Tansey joined the University of Texas Southwestern Medical Center faculty and directed the Spinal Cord Injury Program there. In 2008, he moved to Emory University School of Medicine and the Atlanta Veterans Administration Medical Center and directed the Spinal Cord Injury Research Program at the Shepherd Center.  He moved to his current positions in 2016.  Dr. Tansey serves on the boards of the American Society for Neurorehabilitation and the International Society for Restorative Neurology (Past-President), and is the President-Elect of the American Spinal Injury Association. He also works on numerous scientific advisory boards and planning groups for other national and international groups.  Tansey is an award-winning medical educator and has been invited to speak on his research work internationally. His main research interests include plasticity in neural circuits for pain, autonomic function, locomotion, and upper extremity function in animal models and humans after spinal cord injury, with a focus on tapping that plasticity to improve functional recovery.