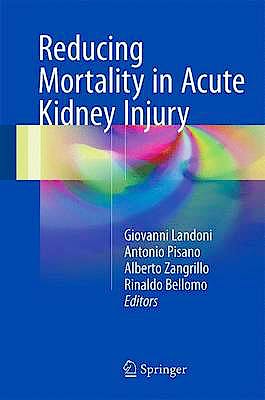 This book describes the techniques, strategies, and drugs that have been demonstrated by at least one paper published in a peer-reviewed journal to significantly influence survival in patients with or at risk for acute kidney injury. Each chapter focuses on a specific intervention. The scope is accordingly wide, with coverage of topics as diverse as the type, timing, and dose of renal replacement therapy (RRT), anticoagulation and specific indications for RRT, perioperative hemodynamic optimization, fluid balance, diuretics, colloids, fenoldopam, terlipressin, N-acetylcysteine, and vasopressin. A variety of settings are considered, including critically ill patients, cardiac surgery, and hepatic and hematologic disorders. The topic selection was made using a democracy-based approach in which hundreds of specialists from dozens of countries expressed, via the web, whether they agreed with these topics and whether they used the techniques in their daily clinical practice. The clear text is supported by "how to do" sections and "key point" boxes that provide easily accessible practical information. The book will be of interest for a wide variety of specialists, including intensivists, nephrologists, emergency doctors, and anesthesiologists.

Giovanni Landoni is currently Associate Professor at Vita-Salute San Raffaele University, Milan, where he works as Head of Research in the Department of Anesthesia and Intensive Care, San Raffaele Scientific Institute. Dr. Landoni is the Italian member of the Representative Council of the European Association of Cardiothoracic Anesthesiologists (EACTA, 2012–17). He is a past Vice-President of the Italian Association of Cardiothoracic Anesthesiologists (ITACTA) and a member of the ECMO team of San Raffaele Scientific Institute. He is a member of the editorial boards of several international journals and his strong clinical and research interests in intensive care and anesthesia have resulted in more than 400 scientific publications, including more than 250 in indexed journals (as at March 2016 he has an H index of 31).

Antonio Pisano is staff anesthesiologist and intensivist at the Cardiac Anesthesia and Intensive Care Unit of the Monaldi High Specialty and University Hospital, A.O. “Dei Colli”, Naples, Italy. His scientific contributions include, among others, papers published in the Journal of the American Medical Association and in Critical Care Medicine. He is the author of several book chapters in the fields of anesthesiology, critical care medicine, and non-invasive ventilation. Currently, he is principal investigator in several multicenter randomized trials and he collaborates with various international journals as a reviewer.

Alberto Zangrillo is Full Professor in Anesthesiology and Intensive Care and Head of Anesthesia and Intensive Care at San Raffaele Scientific Institute and Vita-Salute San Raffaele University, Milan, Italy, the largest Italian surgical hospital. Dr. Zangrillo is among the world’s top 10 fastest publishing clinical scientists in the field of anesthesia and is the author of more than 500 scientific publications on intensive care (H index of 30). He has participated as principal investigator in 27 randomized controlled trials. He was decorated with the title of Knight of the Order of Merit of the Italian Republic by President of the Republic in June 2004 and with the title of Commander by President of the Republic, Giorgio Napolitano, in December 2010.

Rinaldo Bellomo is Director of Intensive Care Research at Austin Health and Co-Director of the Australian and New Zealand Intensive Care Research Centre (ANZIC-RC). He is a Professorial Fellow in the Faculty of Medicine, University of Melbourne, and Honorary Professor, Faculty of Medicine, Monash University, and holds further leading academic positions in Australia and overseas. In 2014, Professor Bellomo was named in Thomson Reuters The World's Most Influential Scientific Minds 2014 and he is also the recipient of an NHMRC Achievement Award and an Austin Health Distinguished Scientist Award. Professor Bellomo has published more than 900 papers, written more than 152 book chapters, and edited 13 books in the field of intensive care medicine. He is Editor of the journal Critical Care and Resuscitation. Over the past 10 years, he has been heavily involved in the design, execution, supervision, and publication of several large randomized controlled trials published in the Lancet and the New England Journal of Medicine. As at August 2014 he had an H index of 82.