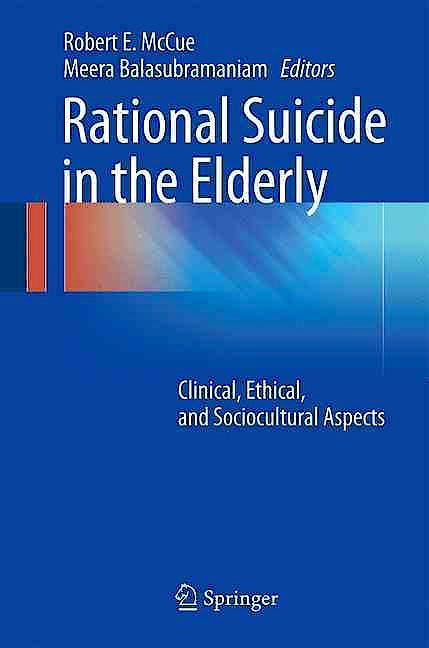 Rational Suicide in the Elderly. Clinical, Ethical, and Sociocultural Aspects

This book provides a comprehensive view of rational suicide in the elderly, a group that has nearly twice the rate of suicide when chronically ill than any other demographic. Its frame of reference does not endorse a single point-of-view about thelegitimacy of rational suicide, which is evolving across societies with little guidance for geriatric mental health professionals. Instead, it serves as a resource for both those clinicians who agree that older people may rationally commit suicide andthose who believe that this wish may require further assessment and treatment. The first chapters of the book provides an overview of rational suicide in the elderly, examining it through history and across cultures also addressing the special case of baby boomers. This book takes an ethical and philosophical look at whether suicide can truly be rational and whether the nearness of death in late-life adults means that suicide should be considered differently than in younger adults. Clinicalcriteria for rational suicide in the elderly are proposed in this book for the first time, as well as a guidelines for the psychosocial profile of an older adult who wants to commit rational suicide. Unlike any other book, this text examines the existential,psychological, and psychodynamic perspectives. A chapter on terminal mental illness and a consideration of suicide in that context and proposed interventions even without a diagnosable mental illness also plays a vital role in this book as these arekey issues in within the question of suicide among the elderly. This book is the first to consider all preventative measures, including the spiritual as well as the psychotherapeutic, and pharmacologic. A commentary on modern society, aging, andrational suicide that ties all of these elements together, making this the ultimate guide for addressing suicide among the elderly.
Rational Suicide in the Elderly is an excellent resource for all medical professionals with potentially suicidal patients, including geriatricians, geriatric and general psychiatrists, geriatric nurses, social workers, and public health officials.