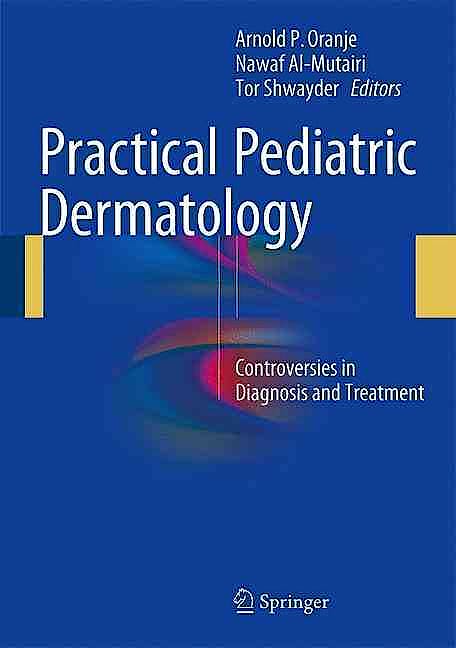 This book presents a selection of controversial issues of practical importance in pediatric dermatology with the aim of enabling the reader to adopt a well-balanced and evidence-based approach to the management of dermatological disorders encountered during childhood. It is not, therefore, structured according to a basic disease classification; rather it addresses a series of dilemmas in the diagnosis and treatment of a wide range of conditions, including inflammatory disorders, tumors, immune and autoimmune disorders. In addition to areas of debate in the management of individual conditions, controversies in the use of particular types of treatment, for example retinoids, cyclosporin, acyclovir, and laser therapy, are considered and relevant psychological aspects are discussed. Practical Pediatric Dermatology will assist pediatricians and dermatologists in decision making during daily clinical practice.

Born in The Hague in 1948, Arnold Pieter Oranje graduated from the Stevin Lyceum in 1966 and from the Medical School of the Erasmus University in 1973. He was then appointed as lieutenant Medical doctor in the Dutch Army in Breda for 1 year. Dr. Oranje undertook a 4-year residency at the Dermatology and Venereology Department of the Erasmus University Hospital (Dijkzigt), nowadays Erasmus MC, with 1-year break for training in Clinical Microbiology. In 1979 he became staff member of that Department, where he already started as consultant in the Pediatric Hospital Sophia Children’s Hospital of the Erasmus MC.

He has written about 400 scientific papers, of which 254 are listed in PubMed, and 294 in Embase. His  H(Hirsch) index is 48. He has been co-editor of the Harper’s Textbook of Pediatric Dermatology (Harper, Oranje and Prose, 2000 and 2006, and currently senior editor of the fourth edition), and is also editor of several editions of the Dutch Handboek Pediatric Dermatology (Kinderdermatologie), finally he was graduated several times for his duties in (Pediatric) Dermatology. He also iniated two foundations dealing with disfiguring skin diseases called In Face and Aardbeesie implicating medical and dermatopsychological aspects. Recently he was appointed as Officer in the Order of Orange-Nassau by His Majesty The King of The Netherlands (2013) and did he receive a certificate of appreciation (2012) by the International League of Dermatological Societies for his outstanding contributions to the national and international field of Dermatology.

Born in Kuwait 1966, Nawaf B.S.N. Almutairi , graduated from the Kuwait English school in 1983 and from the Medical School of the Kuwait University in 1990. He was then appointed as Medical doctor in the alsabah hospital in Kuwait for 1 year. Dr. Almutairi did a 2-year residency at the Internal Medicine Department of the Boston University Hospital, then 4-years residency training at Dermatology and Venereology at McGill University, Montreal, Canada. In 2000 he became staff member of dermatology Department at farwaniya hospital, Kuwait. In 2002 where he already started as consultant in the Pediatric dermatology unit there.

He has written about 86 scientific papers, of which 64 are listed in PubMed,. He has been Skin infections in diabetes mellitus , in Skin Infections: Diagnosis and treatment Textbook (John C. Hall, University of Missouri, Kansas City Cambridge University Press, 2009; p 246-252.), and is also editor in charge of Gulf journal of dermatology and Venereology, finally he is founder of Training Program for dermatology in Kuwait in 2002 . He is now Professor of Dermatology, Department of Medicine, at Kuwait University, Kuwait

Tor Shwayder, MD, is a native of Detroit, Michigan, USA.  He attended Harvard University, graduating with honors in biology.  His medical school and pediatrics training took place at the  University of Michigan Medical School.  After private practice in pediatrics, Shwayder returned to training at the University of Rochester (New York) Strong Memorial Hospital in dermatology.  In 1987 he was recruited to organize the pediatric dermatology division at Henry Ford Hospital in Detroit, where he has been on staff ever since.  Shwayder is board certified in pediatrics, dermatology and pediatric dermatology.