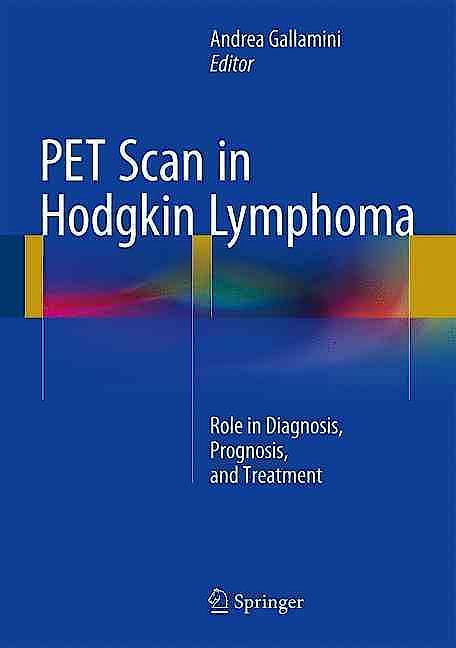 This book describes the various contributions of positron emission tomography (PET) to the management of Hodgkin lymphoma and considers key issues in its use. A full explanation of the value of PET in disease staging and restaging is followed by discussion of its role in guiding individualized, response-adapted therapy in both early and advanced disease based on assessment of treatment sensitivity. Further chapters explore in detail the current application of PET for determination of tumor metabolic volume and planning of involved field radiotherapy. The book concludes by discussing PET scan reporting in clinical practice and the rules that have now been formally set following a number of international workshops designed to develop standard reporting criteria based on expert agreement. The authors are leading authorities who adopt an interdisciplinary approach in covering the most important aspects of the use of PET in Hodgkin lymphoma in a readily understandable way. PET Scan in Hodgkin Lymphoma will be of value to oncologists, hematologists, medical physicists, radiotherapists, and nuclear medicine specialists.

Professor Andrea Gallamini, born in Genoa in 1951, graduated in Medicine in 1975 and later became specialist in Internal Medicine and Haematology at the Genoa University. Since June 1999 till October 2013 head of Haematology department and Bone Marrow transplant Unit in the S. Croce Hospital in Cuneo, Italy. Principal investigator in several national and international clinical trials focused on imaging in Hodgkin Lymphoma. Co Chair of the International workshops on PET scan in Lymphoma. Coordinator of Imaging committee of the Italian Foundation for the study of lymphoma. Since 2011 associated professor in Haematology at the Sophia Antipolis University of Nice and since 2013, associated Haematology professor at the Cancer Centre A. Lacassagne of the Nice University. Author of more than 130 publications and 5 books in PubMed.