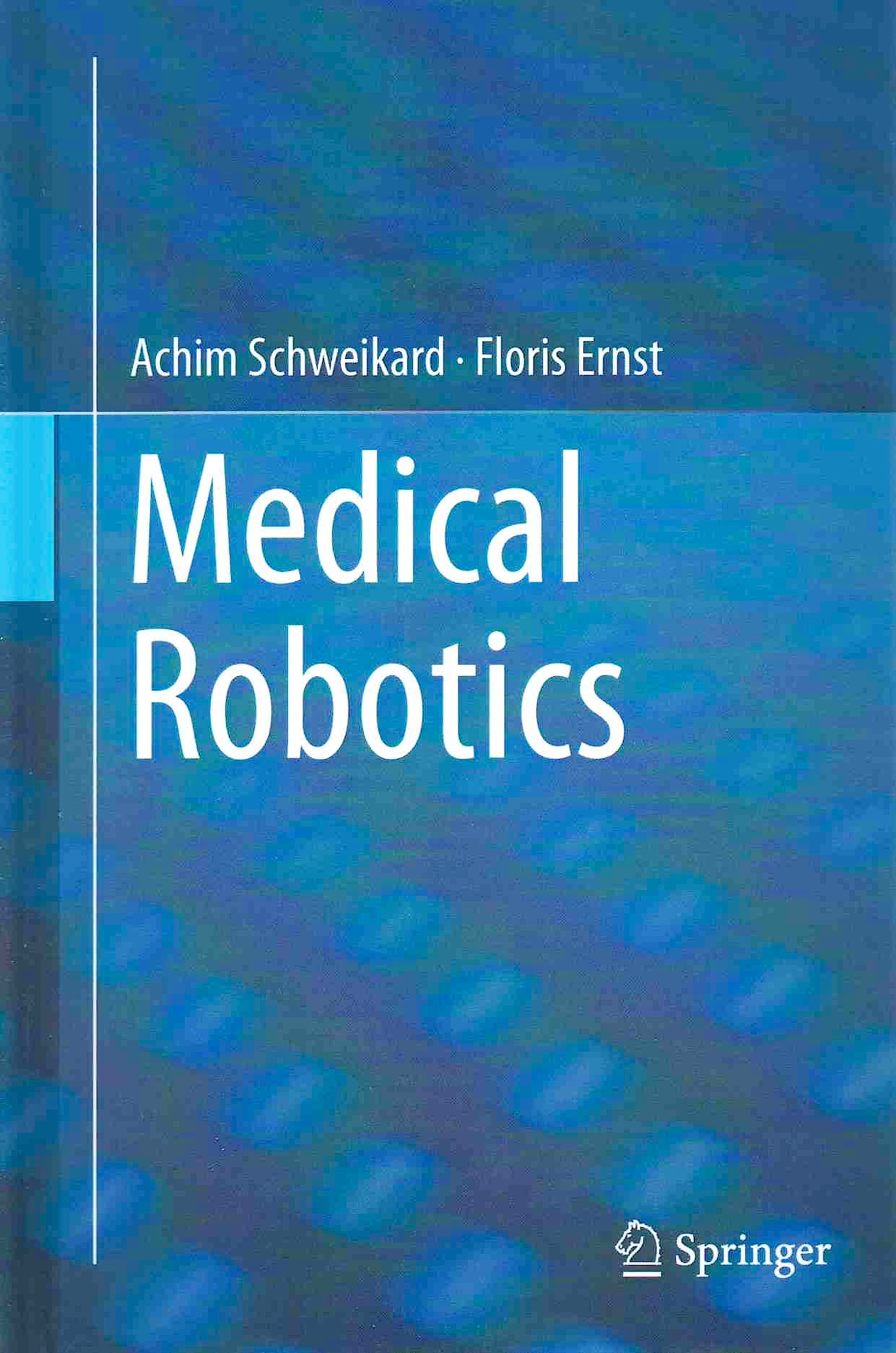 This book provides a thorough background to the emerging field of medical robotics. It covers the mathematics needed to understand the use of robotic devices in medicine, including but not limited to robot kinematics, hand-eye and robot-world calibration, reconstruction, registration, motion planning, motion prediction, motion correlation, motion replication and motion learning. Additionally, basic methods behind state-of-the art robots like the DaVinci system, the CyberKnife, motorized C-arms and operating microscopes as well as stereotactic frames are presented. The book is a text book for undergraduates in computer science and engineering.

The main idea of the book is to motivate the methods in robotics in medical applications rather than industrial applications. The book then follows the standard path for a robotics textbook. It is thus suitable for a first course in robotics for undergraduates. It is the first textbook on medical robotics.

Achim Schweikard received his M.S. in mathematics from Hamburg University in 1985 and his PhD degree in computer science in 1989 from Technical University of Berlin. After his PhD, he joined Stanford University as a research associate in a joint appointment between the departments of computer science and neurosurgery. In this position he pioneered key elements of robotic surgery, among them robotic tumor tracking forradiosurgery,which is now in routine clinical use. Today, a very large number of cancer patients in the entire world have been treated with technologies invented and implemented by him. He joined Technical University of Munich in 1994 as an associate professor of computer science. In 2001, he initiated the 6-year nation-wide German research program on medical navigation and robotics, funded by the German research council. In 2002 he joinedLübeck university as a full professor and founding director of the graduate school of computing in medicine and life sciences at Lübeck, funded by the excellence initiative of the German government. He published more than 100 scientific articles on a wide range of topics in medical robotics. Floris Ernst received the Dipl.-Math. degree (equivalent to M.Sc. in Mathematics) from Friedrich-Alexander-University Erlangen/Nuremberg (Germany) in 2006 and a postgraduate diploma in sciences from the University of Otago (Dunedin/New Zealand) in 2004. In 2006, he joined the Institute of Robotics and Cognitive Systems at the University of Lübeck, where he completed his PhD focusing on motion prediction and correlation algorithms for robotic radiosurgery in 2011. From 2011 to 2012, he worked as a software engineer at an engineering consultancy, specializing on applications in medicine and life sciences. In 2013, he returned to the Institute of Robotics and Cognitive Systems at the University of Lübeck for his habilitation, which he completed in 2015. He is currently working as a senior research associate, with research focused on algorithms and technologies for motion management in radiation therapy and related fields, teaching classes in robotics and artificial intelligence. He is author and co-author of more than 50 scientific articles and internationally peer-reviewed conference proceedings.