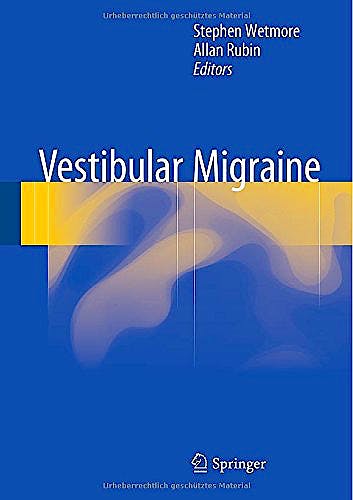 Vestibular Migraine is a concise monograph that presents the scientific basis for the diagnosis and treatment of this common yet largely unrecognized cause of dizziness. Current knowledge of the features of the condition is described, and clear guidance is provided on the differentiation of vestibular migraine from other conditions that induce dizziness, including Ménière’s disease. Symptomatic treatment and the various prophylactic options are discussed and evaluated, and advice is also included on long-term treatment and the circumstances under which treatment should be discontinued. Vestibular Migraine will be of interest to all physicians and other health care providers who deal with dizzy patients, including internists, family physicians, neurologists, otolaryngologists, and trainees in those specialties, as well as nurse practitioners and physician assistants.