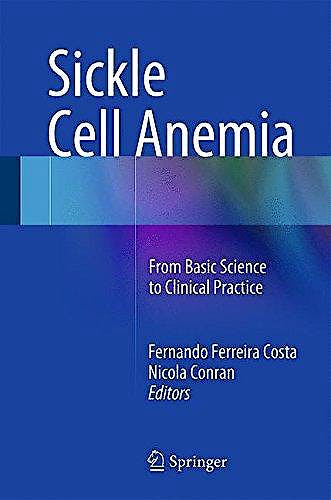 Although sickle cell anemia was the first molecular disease to be identified, its complex and fascinating pathophysiology is still not fully understood. A single mutation in the beta-globin gene incurs numerous molecular and cellular mechanisms that contribute to the plethora of symptoms associated with the disease. Our knowledge regarding sickle cell disease mechanisms, while still not complete, has broadened considerably over the last decades. Sickle Cell Anemia: From Basic Science to Clinical Practice aims to provide an update on our current understanding of the disease’s pathophysiology and use this information as a basis to discuss its manifestations in childhood and adulthood. Current therapies and prospects for the development of new approaches for the management of the disease are also covered.