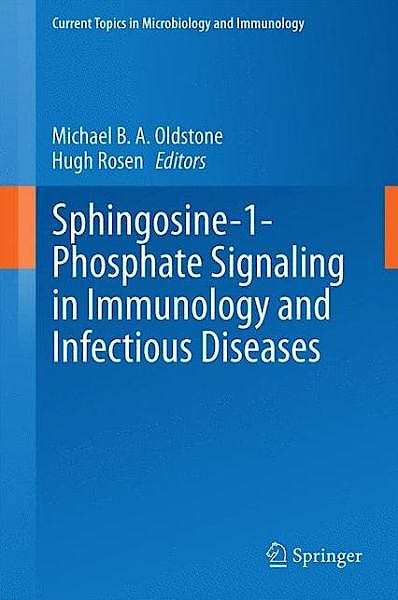 This volume focuses on the role of sphingosine-1-phosphate (S1P) and its analogs in the induced sequestration of lymphocytes in secondary lymphoid organs or in the microenvironment of tissues involved in infection or autoimmune disease. Initial chapters define the pathways to understand S1P signaling. They cover the organization of signaling systems, the structural biology of the S1P1 receptor, and the chemical and genetic tools that are available and useful to explore this area of research and therapeutics. The later chapters highlight S1P and endothelial integrity, lymphocyte migration in the spleen, and S1P agonist in controlling immunopathologic manifestations of acute respiratory influenza virus infection (in the lung), and its accompanying cytokine storm as well as immunopathologic disease of the central nervous system, including the beginning of treatments in multiple sclerosis. One chapter reveals the possible involvement of other lipid molecules, their use for better understanding lipid signaling, and their potential in the modulation of immune responses.

2 Structural biology of the S1P1 receptor
Michael A. Hanson and Robert Peach

5 Blood, sphingosine-1-phosphate and lymphocyte migration dynamics in the spleen
Tal I. Arnon and Jason G. Cyster

6 Cytokine storm plays a direct role in the morbidity and mortality from influenza virus infection and is chemically treatable with a single sphingosine-1-phosphate agonist molecule
Michael B.A. Oldstone and Hugh Rosen