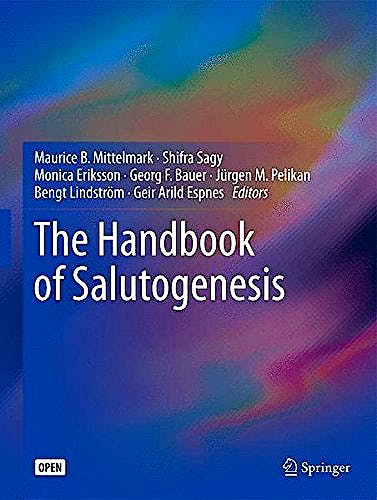 The Handbook of Salutogenesis

Comprehensive resource that focuses on the origins of health rather than the origins of disease (pathogenesis). It traces the history and development of the Salutogenic Model, from Aaron Antonovsky's groundbreaking scholarship to the present day. The book examines the key concept of salutogenesis, Sense of Coherence (SOC) and the factors that mediate SOC and health. Bringing together leading scholars from the International Union for Health Promotion and Education (IUHPE), this book aims to answer the question: where has over three decades of research and scholarship brought the Salutogenic Model of Health? Chapters look at the role of culture in the development of salutogenesis and the development of SOC over the life course. A key section summarizes the research in salutogenesis in the non-English literature and a section on research resources contains information on salutogenesis bibliographies, databases, organizations and web sites.

Maurice B. Mittelmark is a psychologist and epidemiologist, and a Fellow of the American College of Epidemiology. He conducted health behaviour research and community-based studies of chronic disease prevention at the University of Minnesota from 1978 to 1987. At Wake Forest University (1987-1995) he directed the Center for Human Services Research and several community studies related to the health needs of vulnerable population sub-groups including older adults and African-Americans. At the University of Bergen since 1995, his research interests include health promotion partnerships, salutogenesis and health equity in the Global South. Professor Mittelmark was President of the International Union for Health Promotion and Education (IUHPE) in the period 2001-2007 and served after that as IUHPE Vice President for Communications, and Editor-in-Chief of the IUHPE’s journal Promotion & Education.